Home » Actors » Leslie David Baker Married Status On & Off Screen, Who Is His Wife?
Share

Leslie David Baker Married Status On & Off Screen, Who Is His Wife? 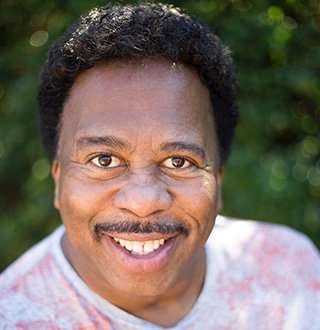 American Veteran actor Leslie David Baker is quite lowkey when it comes to his personal life. Besides pictures, no further details are available about his wife or family. But the once married man is now riding solo after a sour divorce.

Heis is best known for his role as Stanley Hudson in the popular comedy series The Office (2005).

Besides the series, he has appeared in several movies and TV shows including The Happytime Murders (2018), Still The King (2017), Wish I Was Here (2014) and many more.

For his outstanding on-screen performance, he also won the 2007 Screen Actors Guild Awards for Outstanding Performance by an Ensemble in a Comedy Series.

Born on 19 February 1958, the Chicago, Illinois native stands tall at a height of 5’11 inches. He graduated with a degree in Psychology from Loyola University. Later, he pursued Masters in Human Services Administration from Spertus Institution for Jewish Learning and Leadership.

When it comes to his career, he first started off as a special education teacher alongside pursuing a master’s degree. At the time, he also appeared in several ads for Office Max. He also worked for Board of Education, the Department of Public Health, and the Office of Cable and Communications.

The here and there-commercial actor, soon hit a jackpot in his career when he got the role of Stanley Hudson in The Office. He portrays as an ill-tempered and uncooperative sales representative for Dunder Mifflin paper distributor in the series.

And the credit for grabbing the role as Stanley Hudson goes to Leslie having a bad day during the auditions. The unpleasant circumstances perfectly helped him bag the cranky personality required for the role! 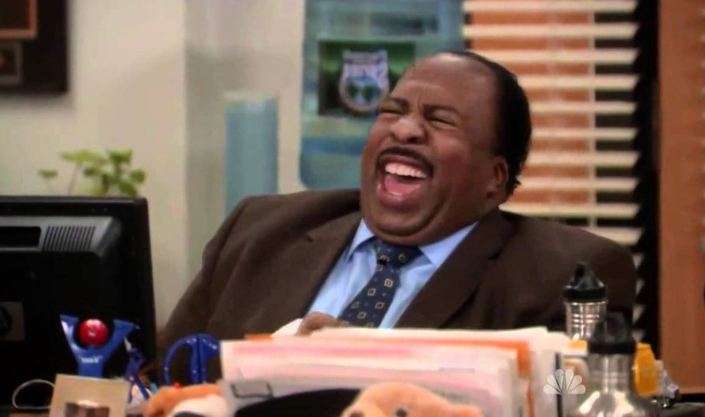 The Office was the starting point of his successful career in the industry. After this, he went onto appear in several tv shows including Austin & Ally(2015), Scorpion (2016), and Raven’s Home (2017).

He has also made it big in the movie industry with roles in movies like Wish I Was Here (2014), When Duty Calls (2015), Fallen Stars (2017), and The Happytime Murders (2018). He also lent his voice as Officer McPiggly in Captain Underpants: The First Epic Movie (2017). An occasional musician, he also released a single 2 Be Simple in 2011 which has garnered 1 million views on YouTube.

The talented actor hence accumulates a huge net worth of $3 million dollars from all his on-screen projects.

Marriage Ends Up In Divorce, Leslie David Baker Cheated On His Wife

There are a number of actors who prefer to keep their private life low-key despite being huge in the industry. Well, Leslie happens to be one of them as well.

His low-key love life definitely has sparked questions over him being gay. However, to silence the rumors, he isn’t gay at all. In fact, he was married to his wife whose name hasn’t been disclosed yet. But no worries we do have a fair share of pictures to get a glimpse of his wife. The low-key man’s family status, whether he has children or not is still unknown. As of current days, sadly he is living life as a divorced man. And the reason behind the divorce -- Leslie cheated on his wife.

Find Out: Charlie McDermott Married Or Casually Dating? He Just Can't Be Single

Stay tuned to find out if Leslie plans to start a family with his new love-interest or continue solo in the coming days of his life!