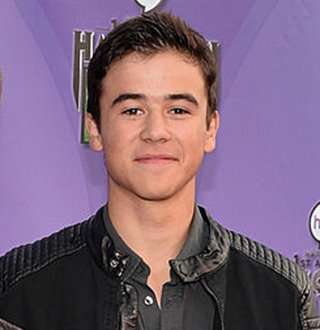 Up and coming actor, Keean Johnson has shown that with the right amount of dedication and motivation, anything is possible. Johnson who is most known for his role as Adam Freeman in the television series Spooksville has already captured the hearts of audiences and critics. His off-screen persona and on-screen personality have made Johnson a fan favorite at such a young age.

The Denver, Colorado native has starred in a number of hit television series. He was cast in the Tony Award-winning Billy Elliot The Musical in 2008. His performance in Spooksville landed him the nomination for Best Performance in a TV series- Leading Young Actor at the 2014 Young Artists Award.

Let Us Find Out More About Keean Johnson. Age, Height & More Below.

Keean Johnson was born on 25th October 1996 in Denver, Colorado, USA. He is the eldest among two children. He has a younger brother named Cade. Johnson stands at a decent height of 5’7”. Much information about Johnson’s parents remain unavailable except for the fact his father is British and his mother is an American. His American mother is of three-quarters Hispanic descent, one-half Chilean and one-quarter Mexican.

Johnson is no stranger to being in front of a camera and the spotlight. His first professional acting debut came at the tender age of 11 when he was cast for the play Plainsong at the Denver Centre of Performing arts. From then onwards, his passion for acting grew stronger and stronger.

After his eye-raising performances, he was cast in the Broadway musical Billy Elliot which went on to win the Tony Award for best musical in 2008. After which the floodgates opened up for the young actor. He was cast for the hit series Spooksville in 2014 and his amazing portrayal of the character Adam Freeman saw him being cast in another hit series Nashville. Along with that he also starred in another TV series entitled Notorious in 2016. His latest engagement saw him being cast in the most awaited 2019 sci-fi film Alita: Battle Angel.

Who Is Keean Johnson Dating (Girlfriend)? Gay Rumors On The Rise.

Everybody wants to know who their favorite young actor Keean Johnson is dating. Who is the lucky girl to be associated with the Nashville actor? His large number of fans are constantly eager and waiting to hear who is the girl who has stolen Johnson’s heart.

But as for Johnson, he has not yet revealed information about his relationship status. His social media posts show no sign that he was previously in a relationship and he has not spoken about it publicly. It seems the young actor is only focused on his career and has no plan to be involved in a lovey-dovey relationship.

But being a celebrity and remaining mum about your relationship status has its downs. For Johnson, his desire to remain silent about his love life has ignited rumors on him being gay. Fans have started to question whether the young actor could be straight. Johnson has yet to speak out about these rumors but it seems he is interested only in his acting career and not gossips.