Home » Sports » Openly Gay Robin Cousins Is Married With Husband & No One Knows - Why?
Share

Openly Gay Robin Cousins Is Married With Husband & No One Knows - Why? 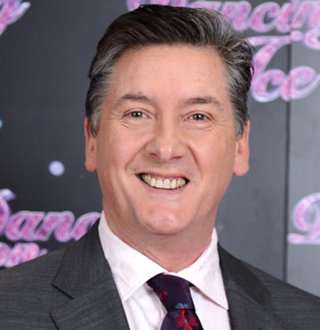 Openly gay figure-skater Robin Cousins has been married to his husband for quite some time now. But he prefers to keep his personal life out of the spotlight and goes to great extents to hide the identity of his partner. Well, let's find out how much he has let people in on his mystery partner.

Robin Cousins is entirely known as a former British competitive figure skater who appears as the head judge on ITV’s Dancing on Ice. He is also known by many as the 1980 Olympic champion and a three-time World medalist.

Smoothly Staged: Robin Cousins performs a solo routine gracefully for the first time in twelve years on Dancing on Ice (Published on 22 July 2012)

You May Also Like: Out Gay Andy Mauer Wiki: Job & Romance Both With Partner Harvey Levin

It was in 1983 when Robin founded his own ice skating performance company that toured the world with professional ice shows Ice Majesty and Electric Ice.

Born on 17 August 1957, Robin Cousins was raised alongside two older brothers Martin and Nick. The first time he ever graced his feet on the ice was at the age of nine at Westover Road Ice Rink during a holiday in Bournemouth. He enjoyed the experience and requested lessons for Christmas eighteen months later.

Robin, age 61, trained in ice dancing at the same time as singles as a young skater and his first coach was a dancer named Ms. Pamela Davies. He even left school to focus on figure skating at the age of sixteen.

And it wasn’t long before the skater won his first national title at the ‘novice’ level at the age of twelve in 1969. By the age of fourteen, Robin was already Britain’s junior champion, and he soon made his international debut.

After representing the UK as an amateur figure skater for eight long years, he turned professional in 1980 and went to win the World Professional Men’s Figure Skating Championships, twice. Let’s not forget to mention that Robin was a World Professional singles medalist four times in 1986, 1990, 1991 and 1992.

Turning professional was a step nearer to star in several professional skating shows like Holiday on Ice and Ice Capades. Oh, and he also hit both the longest backflip and the longest axel jump on figure skates in the Guinness Book of World Records in 1983.

And being a skater takes a lot of fortune from the training to the costumes, which is returned from the profession itself. The appeal of the sport brings a massive amount of wealth to the athletes, so there’s no doubt that Robin carries a net worth of millions.

Robin Cousins’ Well-hidden Married Life With Husband: Who Is His Gay Partner?

As an openly gay, Robin sure does a great job to keep his married life behind the curtains. And the curtains are quite heavy since Robin feels no obligation to talk about his mystery husband with the world.

And no one knows when the sneaky ice skater got married, but he seems pretty happy about having pronounced his vows in 2007 in a civil ceremony.

We’ve been together now for a very happy few years. I’m more content than I’ve ever been. (-said by Robin Cousins to Daily Mail | 28 April 2012)

Robin never forgets to wear his silver wedding band to show off his commitment to his gay partner. And although he is quite active on Twitter, he is extra careful to open up about his married life with his husband.

Seems like he doesn't want his husband to be the media's attention as it is likely to delve into their private lives swirling unnecessary rumors.

You Don't Want To Miss: Comedian Todd Glass Long Gay Relationship With Partner; Did It Fail?

Although not much is known about Robin’s husband, it is understood that the two have taken residence in Brighton and led a serene married life escaping the focus of the media.