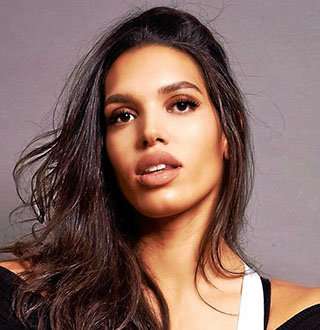 Charlise Castro is an American model who became a media sensation after getting engaged with MLB star George Springer in 2017. While her engagement news was still circulating in the media, her social account popularity added extra spice to her fame.

She is a personal fitness loves helping people to achieve their fitness goal. She also timely shares recipes and workout plans on her social media account with her thirty-two thousand followers.

Previously, she was a star softball player of Albany University. She was named the America East Conference Player of the Year and became the second player to win the league’s triple crown in conference history by scoring .461 with 13 home runs and 53 RBIs.

You Will Also Love: Insta Star Victoria Waldrip Age 18 Brags Off Net Worth At Hand Amid Parents Background Conflict

Before that, she was also the Freshman of The Year at Maryland-eastern shore. And because of her softball skills, she was invited to play for Puerto Rico’s national team in Olympic.

A diva model Charlise Castro was born in 1992 in New York and celebrates her birthday on 13 May. She is the daughter of a parent, Jenelle and Angel Castro and has one brother, Andre. The Saugerties native Castro has an appealing height of 5’10’’ and shares American nationality with white ethnicity.

During her time in Kingston high school, she was the captain of the softball team in 2010. She was not only an accomplished sports person but also academically intelligent.

Charlise Castro Had A Lavishing Wedding With Husband

A professional baseball player, George Springer, and Castro met when she was playing an international softball game. The couple got engaged when Springer romantically proposed her during their vacation in San Jose del Cabo, Mexico in December 2016.

The beautiful moment was already pre-planned by George as he proposed her by going down on a knee and writing "Will You Marry Me" on the sand. Isn't that romantic?

Learn About: Erica Hill Is Parents With Husband At Age 41! Ethnicity, Salary And Other Facts

Springer announced his engagement via Houston Astros Radio during their broadcast at Pluckers in December 2016. Later the Astros shared a pic of George proposal on Twitter which was overwhelming for his fans.

After dating for year Castro and George didn’t waste any time and the duo decided to take another step in their relationship. They tied their knot in early 2018 at The Resort Of Pelican Hill in Newport Beach.

Her wedding ceremony was like every bit any bride would dream about. She walked to the altar on the Game of Thrones theme song wearing a princess-like white gown in a mermaid-style with a lace.