Sarah-Jane Mee On Boyfriend, Partner & Feelings! Getting Married - Best Day To Come Yet? 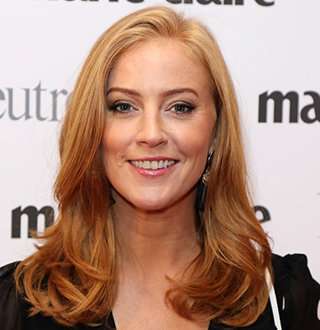 Sarah Jane Mee longed for a blissful relationship with husband and children. She was, however, not going to settle down just for the sake of it and would only walk down the aisle with the right man.

The London born newscaster has been the face of Sky News' Sunrise program since taking over from veteran Eamonn Holmes in October 2016. Before being on the books of Sky, she worked for another UK based channel ITV and hosted Central Tonight and various football related shows in the network.

Get Along: A day in the life of Reporter Sarah Jane Mee (Published on 9 August 2018)

Furthermore, Sarah Jane is associated with Chance to Shine Charity and Amnesty International

Born to designer parents, she had the liberality to chose what she wanted to be when growing up. She has a younger sister, Victoria who is a forensic psychologist and Sarah describes her as the brainy of the siblings.

Being an ambassador for the 'Virgin Active' gyms, she loves doing exercises and yoga which has eventually helped her maintain a perfect body measurement. To add to her perfect body is her adorable height of 5 feet and 5 inches.

The 39-year-old graduated from the University of Manchester and joined Sky Sports as a runner, before making her way to a program producer via a stint as a planning desk officer.

However, she left Sky for ITV as a host where she hosted various soccer related shows, Soccer Monday, Central Soccer Night. She became the face of ITV after hosting Central Tonight with the network.

And in 2006, she started her radio career running parallel with her ITV after joining Heart FM and hosted the Ed James Breakfast Show in the station.

However, she left both her roles in ITV and Heart after deciding to rejoin Sky in 2008. With the Sky, she presented the networks' Champion's League Broadcast and What's The Story?  along with co-presenting Cricket AM.

In 2016, she was chosen as the replacement for Eamonn in the Sunrise News with Sky, a position she has held till date.

Not just that, her professional success has hampered her chances of having a proper relationship as prospective partners are put off by her stardom.

Relishing With Onscreen Husband Andrew And Partner Samuel, Looking To Extend Romance To Real Life Too

Talking to Dailymail in 2016, she revealed that she had numerous fantastic relationships. The relationships range from on-screen to off-screen.

She labels her co-host of Sunrise News, Jonathan Samuels as her on-screen husband, and the partners in crime at Sky even wished each other a happy Valentines day in 2018, sparking rumors of a romance.

You May Like: Noah Centineo's Uncanny Dating Affair! Untold & Unseen Side With Girlfriend However, they have always maintained that they only have a professional partnership. Similarly, she tweeted a picture with former Tennis player Andrew Castle and labeled him as the on-stage husband in Oct 2016 during an award show they were co-hosting.

Previously in 2016, she had talked to Dailymail about how one of her boyfriends broke up with her after saying he hated being in the limelight.

In the same interview, she reiterated her desire to enjoy the perks of dating life. She also expressed that she wanted to take it slow in her love life and properly graduate from dating to engagement before tying the knots.

However, she also expressed that she would not just get married for the sake of marrying. She explained that the person she was marrying should be the right person and would one day love to have kids of her own with her loved-up partner.

She would happily wait for her perfect partner rather than hurry and repent. For someone, who has a celebrity crush on Hollywood heartthrob Ryan Gosling, settling with others could be a step-down.

Other Side Of Jane; Motherhood before marriage!

Jane Mee may not have been very lucky with her past affairs, but she is not the one who's gonna compromise until she finds a perfect partner.

On the other side, Jane enjoys her motherhood as being a godmother to five children although she has no biological children of her own which somehow supports the fact that she is in no hurry to tie herself in a relationship.