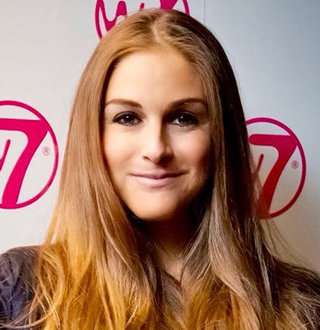 While television personality Nikki Grahame never dwelled on a single dating affair, she was devastated over a break up with one of her infamous boyfriends. Who is the guy that swept her off her feet?

Nikki Grahame is quite known for her appearance on the seventh season of the British reality television series, Big Brother.

Age Of Diseases: Nikki talks about her eating disorder and how appearing on Big Brother saved her life on Lorraine (Published on 3 August 2017)

Before rising to fame on Big Brother, Nikki had already made an appearance as an extra in the BBC soap opera, EastEnders.

Born on 28 April 1982, Nicola Rachel-Bert ‘Nikki’ Grahame spent the majority of her childhood and adolescence in psychiatric hospitals as she suffers from eating disorder anorexia nervosa.

She has checked into 11 different institutions throughout her battle with her inconstant health condition.

And her story was put into the spotlight when she appeared as one of the contestants on Big Brother Season 7.

It was after tabloid newspapers revealed her battle with eating disorder anorexia that had led to her attempts of suicide that the media started criticizing the show’s decision to include a contestant with former mental health issues.

Throughout her stay in the show, Nikki was nominated for eviction four times, and after she was expelled on Day 58, she was voted back into the House Next Door. It wasn’t long before she was chosen to return to the main house and she finished in fifth place.

The 36-year-old didn’t end her career after leaving Big Brother as she co-presented Celebrity Soup alongside Iain Lee that led to her hosting her own show, Princess Nikki that ran for six weeks premiering from 6 September 2006.

Nikki has a pretty long history behind her concerning her dating affairs and lists of short-lived boyfriends, from one-night stands to monthly affairs that have kept her far from lesbian rumors.

One of her one-night stands that came to the spotlight was with singer Pete Doherty in May 2006 as the musician was in a relationship with supermodel Kate Moss.

Many believe that Nikki latched onto Pete because of the fame, but nothing is certain these days. Another one of her romantic involvement was with ex-boyfriend Nick Henderson in 2015.

The pair didn’t last long but was seen kissing again when Nick was dating Harry Amelia. And the only time she was serious in an affair was with co-star, Pete Bennett.

The most extended affair that Nikki experienced was with her former co-star boyfriend, Pete Bennett. She had been dating him for a month before Pete won the show when he dumped her over the phone for continuously insulting his friends.

Nikki was quite devastated by the break-up defending herself as Pete had never told her what she was doing wrong during the time they were still dating. Apparently, he hadn’t even called or texted her to tell her they were over; Nikki had to call him from her mother’s house so he wouldn’t recognize the number.

She confessed that she loved Pete ‘unconditionally’ and that he had ‘destroyed’ her with the split. And it was ten years after the break up when the Nikki and her former boyfriend met again on Loose Women as guests. The two were excited in each other’s company and playfully addressed their relationship and break-up ten years ago as Pete said,

We used to see each other. Then she got all famous. Where’s my phone call?

But that was all, Nikki and Pete didn’t develop their reunion and as of now, Nikki hasn’t been seen with anyone that has piqued her dating rumors.

And it’s definitely safe to say that she is not in any intention to get married any time soon considering her short-lived dating affairs and boyfriends.