Relationship
by HM Writer Published:  December 02, 2018
Jimmy and his co-worker have been together in real life since...have been engaged since March...What a beautiful engagement ring Jimmy gifted to Sara when he proposed to her during the...he is to have his possible life partner having the same passion and...

The Plantation, Florida native is fearless and licensed alligator trapper having experience with gators, snakes and different species of turtles, bear, exotic birds, and big cats. He is best known as the star of Animal planet show, Gator Boys. Working in the show, he rescued many animals including gators and directed them towards their natural habitat.

How Could Jimmy Riffle Have Died At Age 18?

The fearless alligator saver often mentions in his interviews about his dangerous encounters with alligators. According to him,  the worst one was when he was 18 years old. He had a 9-foot long alligator bite him in his right thumb, and it held on for about 8 minutes. His right thumb would have gone if his mentor Skeet hadn't jump in for rescue.

Born on August 10, 1968, Riffle attended school at the South Plantation High School and started volunteering in the exotic forests of Florida at the age of 11. There, he learned to behave near animals, respect and control them. Eventually, he started volunteering at the Alligator Zoo located in Hollywood, Florida. There, he met his mentor Mike Johns(Skeet), who taught him to handle wild nature with ease and care. Following his footsteps, Jimmy became the manager of the National Village at the age of 18.

Later, Jimmy and his friend Paul Bedard launched their animal rescue company Gator Boys Alligator Rescue in Florida. The duo later collaborated and made the famous Animal Planet reality television series "Gator Boys,” which focused on the daily chores of their rescuing business.

What is Jimmy Riffle’s Net Worth?

Five seasons of adrenaline rush on Gator Boys was enough for Jimmy Riffle to emerge as one of the most known alligator rescuers in Florida. The show earned him fortunes and increased the brand image of his company, Gator Boys Alligator Rescue. Today, he stands at $1 million net worth and also owns Old Florida Bar-B-Q joint at his own native place Florida.

We have seen Jimmy and his co-worker Sara Barber’s great chemistry on-screen on Animal Planet. Not only they are colleagues sharing similar passion, i.e., saving alligators. Behind the curtains, they have been together for the past seven years.

Jimmy's partner, Sara, is also a Florida native like him. She oversees the sales of his company, Gator Boys Alligator Rescue and sometimes appears alongside him in his youtube videos.

Are Jimmy Riffle and His Employee Sara Barber Married?

Jimmy and Sara have been engaged since March 2018.

What a beautiful engagement ring Jimmy gifted to Sara when he proposed to her during the Belize Trip in March 2018. Lucky he is to have his possible life partner having the same passion and same field of work. 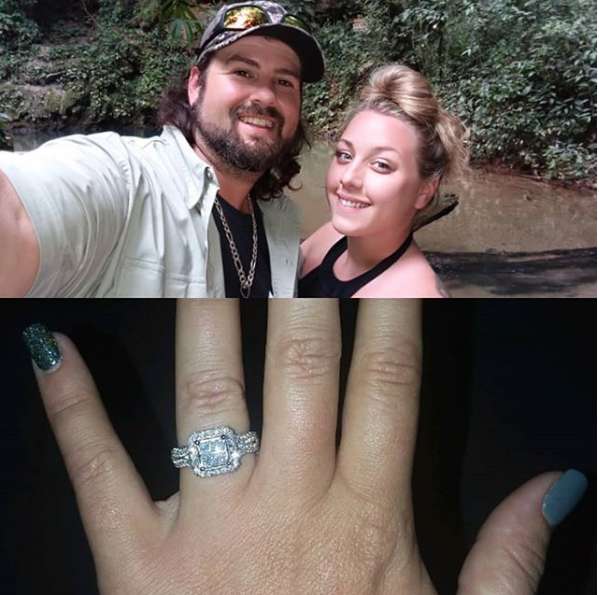 Since Jimmy has always been outspoken about his relationship with Sara, we are eagerly waiting for the pair to announce their marriage.