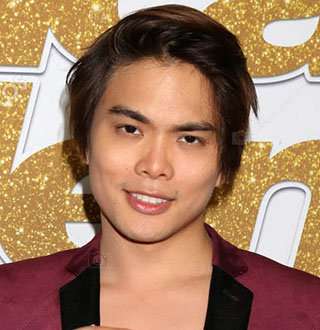 You May Also Like: Michael David Gershenson Wiki: From Bio & Age To Family With Kate Bolduan & Net Worth

As Tyra Banks shouted out Shin’s name as the winner, the magician didn’t even get to break down of excitement as the acrobatic group, Zurcaroh took his victory with happiness and picked him up to the air.

Shin took home $1 million sky-rocketing his net worth and the title of the star of a headline show in Las Vegas following Howie Mandel appraisal of Lim’s last of many performances, saying,

I loved everything about this. This was a winning act. No more to be said.

Shin is the second magician ever to win America's Got Talent throughout its whole history of talented performers.

AGT Winner: Shin Lim’s receives his winning announcement of America’s Got Talent on the stage (Published on 19 September 2018)

Shin’s success didn’t come as his long-lived career as he was a massive fan of music and had chosen to play the piano at the age of 9.

But when he was diagnosed with carpal tunnel syndrome at age 20, Shin was compelled to choose between music and his hobby, magic.

The card-trick master learned and acknowledged his magic skills as he watched YouTube tutorials and in 2015 and 2017, he appeared on Penn Jillette and Teller’s magic competition show, Penn & Teller: Fool Us.

As per wiki sources, Shin was born in 1992 in British Columbia and was raised alongside his two siblings. He attended Acton-Boxborough Regional High School and after his passion for magic grew, Shin developed his own tricks and uploaded them on his YouTube channel that gained him great fame.

His videos have earned him more than 420k subscribers, and while he had an illusion to grab more jaw-drops, the 25-year-old magician stopped doing it after injuring two of his left thumb tendons in 2016.

And while Shin is ecstatic about his winning of AGT, he isn’t celebrating alone, as his fiance, Casey Kathleen never fails to gush about his success.

Shin and his partner got engaged when he got down on one knee and presented the ring in August 2017 during a magic show at the House of Magic in Macau after a year of dating.

The two are quite adorable, and Casey doesn't hold back a bit while showing off her magician fiance.