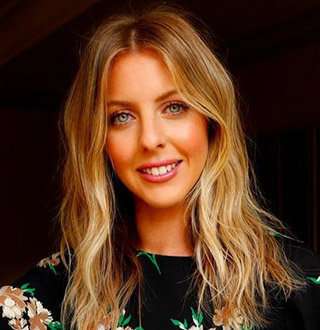 The 31-year-old Home Again director finally got engaged to her longtime boyfriend, Ophir Tanz, who is the president of the AI company, GumGum on 31 August 2018.

The engagement was announced by Hallie’s mother, Nancy Meyers, as she posted a picture of her daughter showing-off her engagement ring on Instagram.

Nancy filled the caption with overwhelmed excitement for her newly engaged daughter and future son-in-law, saying,

OMG! Such an exciting day! @halliemeyersshyer and @bigbluewhale are engaged! Mother of the Bride Part 2. Here we go!

As a proud mother, who directed the 2015 comedy movie, The Intern, Nancy was the first one to announce her daughter's engagement.

Hallie's father, who was the director of the 1991 drama and romance movie, Father of The Bride, has yet to respond to the fresh news.

You May Also Like: Stephanie Abrams Status After Engaged With Fiance; Married Or Not? Wedding Coming Up: Nancy posts a picture of her daughter, Hallie, flaunting her engagement ring on Instagram on 31 August 2018 (Photo: Nancy Meyers’ Instagram)

Hallie never hesitated to share small moments with her fiance on online platforms and often posted random pictures of her then-boyfriend. Relationship-Goals: Hallie and Ophir pose for a picture during their visit to Mexico on 3 June 2018 (Photo: Hallie Meyers-Shyer’s Instagram)

The pair started dating in 2012 and haven’t failed to make multiple jealous faces as they show off their adorable pictures on social media. They moved in together to their first home, a 1954 one-story hacienda in 2015.

The couple has been dating for almost six years, so it’s no surprise that Ophir finally got down on one knee. And they’ve got immense blessings from their family.

Hallie’s mother especially is more than happy about the news and is already ready to witness her daughter’s wedding if the pair plan on getting married soon.

Looking at the successful career Hallie has honed after her director parents; there's no doubt that the wedding they hold will be sumptuous and grand.

The wedding might hold big guests and personalities along with the casts of Home Again, a romance-drama movie directed by Hallie in 2017.