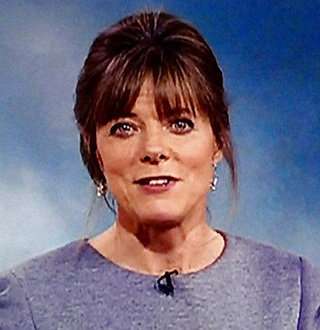 Louise Lear is a weather reporter who appears on BBC News, BBC World News, BBC Red Button, and BBC Radio. Previously, she was a weekend presenter on BBC Breakfast. As in now, she is also a regular forecaster on the BBC News at Six.

Louise Lear was born in 1968 in Sheffield, England. Talking about her education, she graduated from the University of Middlesex with a BA Hons in Music and Drama back in 1988.

People You May Know: Cara Santa Maria Bio: From Dating Status To Height And Parents

But when it comes to her career, the 51 years of age Louise decided to take a turn and chose a different field of work. She started her career with Central Television in 1992, working as a weather forecaster.

What Is The Salary Of Louise Lear?

Louise Lear joined the UK Weather Channel back in 1996 and worked at the BBC Weather Centre in April 1998. After working as a researcher for Children’s BBC, she took the job of sports presenter for an independent radio production company.

As in now, she is working as a weather forecaster at BBC news. The average pay for a Weather Forecaster is $44,373 per year, so, we can assume that Louise gets a proper amount of $45,876 as her salary.

Louise Lear Awkward Moments On The Set Of BBC

Back in 2016, while Louise was reading news on the BBC network, a sudden entry of newsreader, Simon McCoy made her laugh, and she could not contain her laughter for a very long time while the news was going live. However, BBC acknowledges such amusements of the reporter and take no action towards the reporter.

Well, it was not the first time that she had to face such an awkward moment on a live stream.

Back in 2010, Louise came late in the studio while the show was already broadcasted. She was already late plus her unfitted jacket was disturbing her while getting ready for the forecast but somehow she managed after few minutes and handled it gracefully.

Slowly but surely she had finished dressing.

Despite being a media personality, Louise has led the media know only some shares of her personal life.

Well, what we know is that she is married to a guy named Ian Lear who is an architecture. However, details about the wedding remain undisclosed. Her husband works at Patisserie Holdings Ltd. Together, the couple has two sons named James & Miles. And just like her wedding details, she has kept her children's identity close to her chest.