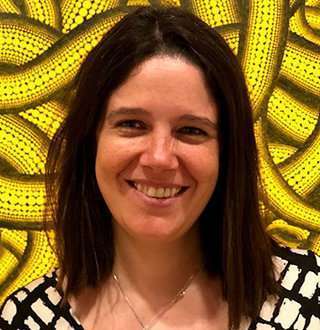 A Pulitzer Prize-winning journalist, Ashley Parker is no stranger to success. Parker, who is a White House reporter for The Washington Post not only has a successful career but also shares a happy marriage with her partner Michael Bender.

The Bethesda, Maryland native has been working for The Washington Post since 2017 after being offered the post of White House reporter. Before which, she spent 11 years working for The New York Times. During her time there she covered the 2012 and 2016 presidential elections and Congress among many things. Her work has made appearances in numerous publications like The New York Sun, Glamour, LIFE, and The Huffington Post.

Interesting: Who Is Nancy Cordes Married To? Husband Unveiled Of The Gorgeous Journalist!

Let Us Know More About Ashley; Age, Height & Bio Below

Ashley Parker was born on 15th September 1982 in Bethesda, Maryland, USA. But details about her height remain undisclosed. She is among two daughters to parents Betty A. Parker and Bruce J. Parker.

Her father Bruce was the President and Chief Executive of Environmental Industries Association and her mother Betty worked as a gardener and a pruner in the Washington area.

How Much Does Ashley Earn As A White House Reporter?

But what remains unknown is how much Parker earns remains undisclosed. The average salary of The Washington Post reporter is $59,168. Ashley being a white house reporter surely has a decent amount to her name. She also generates income from her role in MSNBC.

This Is How Ashley Met Her Boyfriend Turned Husband

Ashley found the love of her life while doing something that she loved. Parker met her future husband, Michael Bender while covering the national politics in 2015. Back then, Michael was working as a reporter for The Wall Street Journal. Their shared love for journalism is what introduced them to each other. Despite meeting in 2015, it wasn’t until 2017 when the two actually started dating. Ashley and Michael took their time to get to know each other and let their love grow. Then at the end of 2017, Michael finally popped the question. She said “Yes” to the proposal and by the end of December 2017,  the pair were engaged. Ashley and her fiance got married on June 16, 2018, at their home in Washington. Parker’s sister officiated the wedding.

Welcomes New Members To The Family

Happiness comes in all shapes and sizes. For Ashley and her husband, their happiness was the birth of their first baby together along with Michaels daughter from his previous marriage. Ashley first announced that she was pregnant through her Instagram where she showed her small baby bump. The birth of their baby is another addition of joy to their small growing family. The couple seems to be very happy and excited about starting a new adventure as parents as can be seen through their Instagram posts. Ashley and Michael are constantly seen posting pictures of their children and showering their love for them. Here's to love and happiness.