Home » Media » If Alysha Del Valle From NBC Isn't Married, How She Has Daughter? The Truth
Share

If Alysha Del Valle From NBC Isn't Married, How She Has Daughter? The Truth 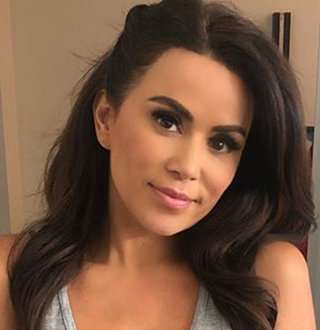 The saying even dark clouds have a silver lining would not go amiss on American journalist Alysha Del Valle. Her romantic relationship was like one such dark cloud and left her in ruins, but it did leave her with silver, not just silver but the most precious thing that could be on earth.

The LA native is an American newscaster and anchor who turns in the traffic as the Traffic Anchor and Reporter for NBC4 Southern California’s Morning Newscast. She also doubles up as a sports anchor for the NBC4's show The Challenge.

Previously, she worked in radio shows and as a broadcaster for Fox 11 and ABC7. She was also the host for the show ‘On The Streets With Alysha’ where she covered local and national stories of the lifestyle and culture around the country.

She is a philanthropist and for her devotion to the community she was recognized by the former mayor of LA Antonio Villaraigosa and received an Impact Award for Excellence in Broadcast Journalism by the National Hispanic Media Coalition.

Born and raised in L.A Alysha Del Valle graced into this world on July 27, 1972. Her dad was a war veteran. The smart and witty lady received an academic scholarship and graduated from the University of Southern California with a Bachelor of Arts degree in Communication.

She began her career on several radio-shows including KIIS-FM with Ryan Seacrest and Rick Dees, and with Big Boy and George Lopez. After years of working for radio shows she embarked on television broadcasting career by working on Assignment Desk for LA's FOX 11 News and then as a traffic reporter for Eyewitness On abc7y.

Her versatile reporting style later got her a job as traffic anchor in KNBC for NBC4 Southern California’s morning newscast. As a traffic anchor at a big news network like NBC4, she earns an estimated salary of $41,608 yearly.

Besides contributing her excellency to the broadcasting world, she also contributes equally to the society. She has been involved in various social actions such as helping underprivileged high school kids enroll in best universities, assisting at-risk youth and beach clean-ups.

The gorgeous latina has the looks to kill, matched ably by her perfect figure. And her persona is the reason behind her significant male followers, who just tune to NBC4 to catch a glimpse of her. In spite of millions of fans behind her, she does not seem to have a man by her side.

She is not married and has no one whom she can call her husband. Her life, however, is a bit intriguing as she has a daughter and that too her own. Well, apparently it is not that Alysha was always single and did have a romantic affair.

In the early 90s, the NBC4 anchor was in a relationship with Ray Castillo Jr. She and her boyfriend had a romantic fling and fathered a daughter but instead of getting married and raising up their daughter together, they separated.

Besides being a devoted newscaster and a community person Alysha is also a loving mother to her daughter Rain Paloma who was born June 7, 1994. Her daughter grew up with her dad and stepmom and has a very close bond with the family.

And despite growing up separately Alysha has maintained a close bond with her daughter and often expresses her love on social media. Her daughter, in turn, is equally close to her mother and was the one who shed a little light on her parent's relationship.

Taking to Twitter, Rain in 2011 stated how could her parents have dated because they were absolutely contrasting characters. Although she did not detailed why their relationship failed, she did mention that the former couple was polar opposites of each other, and the fact that they dated was a surprise.

And whatever be Alysha and her ex-boyfriend's relationship, Rain loves her. On Alysha's birthday this year, she described how her daughter baked her a birthday cake--a lovely homemade buttercream-frosting-macaron-gold-glitter cake. How sweet is that? Not the cake but the gesture obviously!

It's great to see the mother-daughter duo doing so well together despite living separately!