Out Gay Luke Macfarlane Relationship Status; Who Is Partner At Age 38? 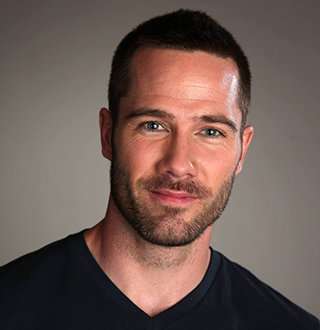 Putting his hard work-poured career on the line, Luke Macfarlane came out as gay in 2008. While the fans were pretty much expecting the announcement, they had him plunge into the questions of his romantic affairs. So who is the heart throb's better half?

Canadian actor Luke Macfarlane is quite known for his portrayal of Scotty Wandell on the ABC television drama Brothers & Sisters that aired from 2006 to 2011. It was in February 2015 that Luke Macfarlane starred in the world premiere of stage drama, Reverberation at Hartford Stage in Connecticut.

The actor has been starring in the Space television science fiction series, Killjoys as RAC Agent D'avin Jaqobis since its airing in 2015

Flourishing Career: Luke Macfarlane talks about the expectations from the fourth season of Killjoys alongside Canadian actor Aaron Ashmore on Your Morning (Published on 16 July 2018)

Taking every achievement Luke, age 38 has had from movies including Christmas Land, The Mistletoe Promise, and The Memory Book; there’s no doubt that Luke embraces a net worth of millions.

Born on 19 January 1980, Luke Macfarlane was raised in London, Ontario alongside his twin sister, Ruth and older sister Rebecca.

Luke studied drama at Juilliard carrying the passion of acting from an early age and soon grasped supporting roles as Frank Dumphy in the 2005 FX series, Over There.

The rest, as they say, is history!

Luke Macfarlane Comes Out As Gay In 2008

It was in April 2008 when Luke came out as gay in an exclusive interview with Globe and Mail before the airing of the final season of Brothers & Sisters.

He wasn't sure what would happen to his career after addressing himself as gay but still decided to be true to himself and the feedback was full of supportive comments.

There is this desire in L.A. to wonder who you are and what’s been blaring for me for the last three years is how can I be most authentic to myself – so this is the first time I am speaking about it in this way. (-said by Luke Macfarlane in Globe and Mail in April 2008)

But the fans kind of saw Luke coming out as gay for a long time because of his on-screen gay portrayal on Brothers & Sisters. So the announcement wasn't a whole package of surprise.

If you don't know Wentworth Miller, he is the hottie who plays as Michael Schofield in the American serial drama, Prison Break. And many speculate that he is Luke's gay partner or quite possibly, future husband.

Some really good sources revealed that Luke was dating his partner, Wentworth. He had been mum on the matter of their relationship because Wentworth hadn’t jumped out of the closet as gay. A source even revealed that they had been dating for six months already in 2007 and that they were even thinking of moving together. Luke’s partner was cutting back on the press stating he was doing for his show, Prison Break, fearing that he had to address his gay speculations.

Read Also: Gretchen Carlson With Adorable Husband & Family; Where Is She Now & Net Worth Details

But in 2013, Wentworth confirmed that he was gay in a letter on the GLAAD website as he rejected an invitation to a Russian film festival because the way the Russian government treats gay people isn't pleasant.

The actual question still stands; is Wentworth still Luke’s gay partner? Well, neither of them have said anything about the rumors, and we can’t even stalk Luke on social media as he doesn’t use Twitter or Instagram much.

Who is Luke Macfarlane's Husband?

And the timing was perfect, considering the fact that Luke was getting married on-screen on the upcoming episode of Brothers & Sisters to his on-screen husband, Kevin Walker which is played by Matthew Rhys.

He was unsure of what would strike him down professionally, but he wanted to be true to himself so he announced he is gay. And even before he came out as gay, Luke was already speculated to be dating Grey’s Anatomy actor, TR Knight.

But those rumors died soon after Luke got caught up in talks of his partner being Wentworth Miller in June 2007. But no matter who Luke’s partner might be, let’s hope that he is in a serene gay relationship.