Selita Ebanks Reason For No Husband & End Of Dating Affairs; Indulging With Family Instead 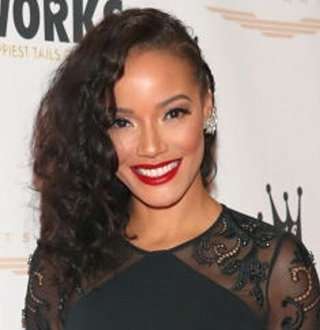 Former Victoria’s Secret Angel Selita Ebanks revealed why she parted ways with her ex-boyfriends and reason behind no husband till date.

Cayman-born model and actress Selita is best known for her work with Victoria’s Secret as one of the brand’s Angels from 2005 to 2009. Selita has worked for high fashion brands Neiman Marcus and Ralph Lauren, and also appeared in magazines such as the Sports Illustrated Swimsuit Issue, Vogue, and Glamour. The 35-year-old model has also worked as an actress in numerous movies, like About Last Night in 2014 and Runaway in 2010.

The beautiful model was born on 17 February 1983 to Jamaican father and a Caymanian. So, she possesses a mixed Afro-Jamaican-Caymanian ethnicity.

She was raised in a large family with seven brothers. Selita lived with her family on the Cayman Islands before relocating to the U.S.

Graduating from Curtis High School, Selita was accepted to attend Columbia University and New York University, but she chose to pursue a modeling career.

Selita was discovered by a modeling scout from Elite Model Management at age 17 during a visit to Six Flags Great Adventure in New Jersey in 2000.

The next year, she made her official debut at the fall show for Tuleh. After working for the likes of Catherine Malandrino, James Coviello, Abercrombie & Fitch, and DKNY, she became a contract model for Victoria's Secret in 2005.

The Caymanian-born British model has got an estimated net worth of $12 million.

Selita has worked for high fashion brands Neiman Marcus and Ralph Lauren and appeared in magazines such as the Sports Illustrated Swimsuit Issue, Vogue, and Glamour, earning a massive amount of wealth.

She once modeled Victoria Secret bra that retailed for $4,500,000 and was made of emeralds, diamonds, rubies, and yellow sapphires.

According to Forbes, Selita ranked the 12th highest paid supermodel for 2008, earning $2.7 million.

Apart from modeling, she has also appeared on favorite television shows as an actress. Selita performed on the third season of Celebrity Apprentice. And on April 2018, she participated in the MTV's The Challenge: Champs vs. Stars season 3.

She played from the side of New Yorkers for Children charity and raised $950 but got eliminated at the 8th episode of the reality game show.

As of her love life, she was engaged to Nick Cannon in 2007,  but the romantic connection only lasted for five months.

In 2013, she even faked being pregnant by posting a baby bump photo in Instagram adding in the caption, “Doing the bump. Three months”.

As known, the 35-year-old model has a long list of boyfriends but still hasn't found the one whom she can summon as her husband. She once revealed why she couldn't hold on to one boyfriend for long.

During her interview with The Breakfast Club in 2013, the model said that everything has to take its course, stating to her relationship with Terrance. She further added,

He went to L.A. He’s got bigger and better things. E! News doing it big! Shout out to him…It was just a lot of things. I had to focus more on my acting. He’s contracted to E! News. We just decided to do our own thing. A lot of times in relationships people tend to put the other person in front of them and they lose focus on what they need to do. I think a little bit of that was happening.

Likewise, talking about her relationship with Nick, she said it taught her how to have tough skin. She explained that she and Nick were very young while they were in a romantic relationship and it showed her a lot about relationships.

Despite the busy schedule that her modeling occupies, Selita doesn’t seem to put her family behind. She’s the typical family person, who doesn’t hesitate to share her moments spent with her family.

Selita shares a special bond with her mother after a tough childhood. She was put in foster care along with her younger brother when her mother wasn’t capable of raising them due to a financial crisis.

After she reached the age of six, her mother got back on her feet with a decent job and came to take her back.

The fact that her mother didn’t leave her and came back means a lot to her and Selita doesn’t miss any chance to show her affection for her mother on her social media sites as well. Selita shows off her love not only for her mother on social media but also her brothers. Though she doesn’t reveal much about all her brother, she did post a picture with one of her brothers, where she’d spent her time visiting the Monterey Bay Aquarium with her brother.

Though she had failed to last long in her past relationship, it was not an ending in her dating affairs. She was rumored to be in a relationship with singer Brandy Shade's ex-fiance, Ryan Press.

Selita and music producer Ryan went public with their relationship when they attended the 2017 Grammy Awards red carpet together on February. Despite the public appearance, the couple had already started dating in May 2016.

Besides the date of dating and the event attendance, much information about the couple's relationship remains confined in the eyes of the media.