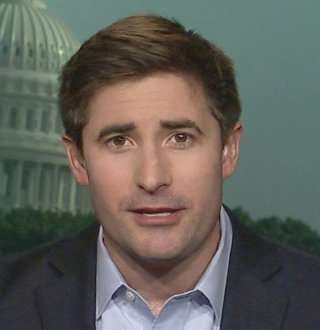 Axios Reporter Jonathan Swan earned accolades breaking the political news. But this time it was his girlfriend of more than three years who broke the story involving the notorious journalist.

Politic As Usual:- Jonathan laughs out loud with Willie Geist and Donny Deutsch on Morning Joe as they discuss politics (Published on 27 July 2018)

His profile grew in popularity as he became the first journalist to report the news that the U.S. would pull itself out of the monumental Paris Climate Deal.

Born on 7 August 1985 the Axios reporter is a native of Australia. His father is a world-renowned journalist/radio personality/television broadcaster, Norman Swan.

Jonathan, age 33, is of Jewish faith who moved to America serves as a national political reporter. He was the first to report the US pulling out of the Paris climate deal. He was also the first to report about Trump's effort to recognize Jerusalem as Israel's capital.

He also gained attention when he reported on Trump's decision to end the Deferred Action for Childhood Arrivals action policy that provided work permission to almost a million illegal immigrants, which was established by the Obama administration in 2012.

The sneaky reporter was praised for his insider reporting on White House power struggles as he covered the Oval Office conversations. Jonathan also spilled the reporting of Anthony Scaramucci stepping in as a communications director, which boiled months of tabloid gossips.

Jonathan moved to America after winning the American Political Science Association Congressional Fellowship in 2014. Later, he joined The Hill in Washington D.C. as a national political reporter in 2015.

Regularly appearing on Morning Joe, Hardball, Special Report with Bret Baier, and PBS News Hour, Jonathan made effort for his yearlong political fellowship, where he served as a congressional staff and later returned to political journalism in 2015.

Recognizing his journalistic work, Politico named the Australian native as one of its 16 breakout media stars of the 2016 U.S. Presidential.

The 33-year-old reporter was the first to report the news of Steve Bannon’s annexation from the White House. Similarly, he broke the news that President Trump would declare Jerusalem as Israel’s Capital.

Likewise, In 2018, Jonathan was one of the first reporters to cover President Trump’s ending of DACA established by the 2012 Obama administration.

His reporting on Gay Rights issues is well documented as well. Back in January 2013 - while still working in Australia - he penned an article titled Anti-gay rights to stay.

After making his move to America permanent, he interviewed with Gay Rights sympathizer, Mel Heifetz. The interview was published by The Hill on 28 July 2016.

The Axios reporter is set to enjoy a married life with Betsy Woodruff. Betsy is an American journalist best known for her work as a reporter for The Daily Beast.

Jonathan’s fiance took to her Facebook to announce the news of her engagement on 11 March 2018. Partners For Life:- Jonathan's fiance, Betsy shares the news of them being engaged to be married on Facebook on 11 March 2018 (Photo:- Besty Woodruff's Facebook)

Jonathan - who is already a godfather - will have a lot on his plate now that he will have a family of his own in the near future. Hopefully, he does as good a job being a husband as he does reporting breaking stories.