Home » Entertainment » Gretchen Carlson With Adorable Husband & Family; Where Is She Now & Net Worth Details
Share

Gretchen Carlson With Adorable Husband & Family; Where Is She Now & Net Worth Details 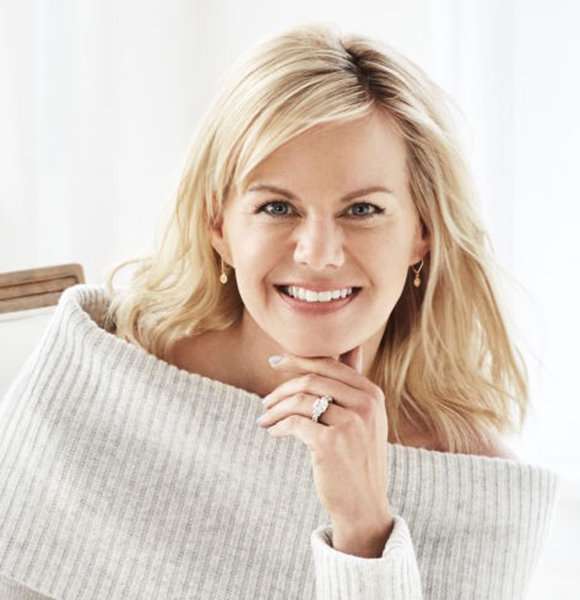 With over a decade-long contribution to the journalism career, Gretchen Carlson rose to fame as a Fox News anchor. The former Miss America worked with numerous other news networks along with CBS, before joining Fox.

Taking Harassment: Gretchen Carlson speaks about harassment in CBS and consequences it had on her life (Published on Nov 19, 2016)

Interesting: Major Garrett, Married Man; Family Guy With Wife - Everything There Is To Know

Gretchen, who also appeared as the journalist Diana in the movie Persecuted, now works as a columnist of Time Magazine and as the chairwoman of the board of directors of Miss Amerca Franchise.

Gretchen was the first classical violinist to win the Miss America title in 1989, a year before graduating with a degree in Sociology from Stanford University in 1990.

After her graduation, she embarked on a career in media and hopped upon numerous local channel stations hosting multiple programs. Her wanderings came to a stop when she joined the CBS News as a correspondent in 2000.

The 52-year-old joined CBS News as a correspondent in 2000 and worked on The Early Show in 2002. After six years, she got associated with Fox News, where she co-hosted the highly rated cable morning news show, Fox, and Friends for more than seven years.

She then went onto host a one-hour daytime program leaving Fox & Friends in 2013. She left the Fox News in June 2016 and a month later was involved in a high profile lawsuit against CBS chairman of Fox News Roger Ailes.

Gretchen Leaves CBS After Sexual Harassment; Accused of Harassment Herself

In 2016, Gretchen, unfortunately, was sexually harassed by the chairman of Fox News, following which she parted from the company. Later, Fox Corporation settled the lawsuit with her which cost reportedly $20 million. That has helped boost her net worth to a cool $16 million along with her yearly salary of $1.5 million.

After the harassment, she published a book, Be Fierce: Stop Harassment and Take Your Power Back, in 2017, which was the New York Times bestseller.

It has been said that, with time, everything changes. It was a shock when it was revealed by Cara Mund, Miss America 2018 that Gretchen Carlson had harassed her via an open letter.

In the letter, Cara Mund has expressed that Carlson had 'silenced', 'marginalized' and 'bullied' her. It was mentioned in Cara Mund's letter that the CEO of Miss America, Regina Hopper, and Gretchen Carlson had harassed her. She administered that she was disrespected, belittled and excluded outrightly by them.

Regarding the case, Grethen spoke in her own favor that she did not ever bully Cara. She told to People:

We have supported Cara for her entire year and we will continue to support her. It’s just disappointing that she chose to air her grievance publicly and not privately.

It is quite unsure what the truth is and what relevance it holds, but it is quite sure Miss America franchise is liable for the damages it did to the pageant's career.

As of now, Gretchen is serving as a columnist for Time magazine since 2017. Meanwhile, although the former Fox News host hinted on her possible return to television, she has not provided the details yet.

You May Like: Diane Sawyer Personal Life: Husband’s Tragic Death To Children Details!

Not just that, she serves as the chairwoman of the Miss America's board of directors. And she was also involved in a controversy in her new role as she helped to oust the swimsuit competition from the Miss America pageantry in 2018.

Not just that, the outspoken TV star is in the news for her condemnation of President Trump for hiring her former boss Bill Shine as deputy chief of staff for communications. She claimed that it was Bill who turned a blind eye to sex abuse rife in the Fox.

Gretchen Carlson was born to parents Karen Barbara and Lee Roy Carlson back on 21 June 1966, in Anoka, Minnesota.

Growing up, she never had envisaged a career in showbiz, however, all that changed after winning the Miss Minnesota title, which preceded her Miss America title. After her multiple pageantries win, she wowed the audience with her killer looks on TV and her boyfriend in real life.

Much like her rise from Miss America to a famous American commentator, her love life was also whirlwind.

She met sports agent, Casey Close, on a blind date in 1996, and it was love at first sight for the pair. Their love blossomed and got married in October 1997, in an intimate wedding ceremony.

Casey was Michigan's baseball star before taking the job of a sports agent. The couple also shares two children: a 15-year-old daughter Kaia and 13-year-old son Christian, together. Gretchen has received immense support from her husband in both her professional and family life. Moreover, there is a quintessential relation between the two.

The husband-wife duo is equally involved in guiding their children: teaching them morals, values and encouraging them to achieve excellent results.

Related: CBS’ Juliana Goldman Marrried With Husband! Plus Family, Baby To Salary and Net worth

Away from the hassles of her work, Gretchen loves to take out time for her children waking up early and preparing them for their school. She further manages time to assist them to complete the homework after school.

Likewise, Gretchen prefers taking her children to various events regarding women empowerments and likes to spend the feasts and holidays along with her family. Gretchen at times provides her fans with the glimpse of her graceful moments spent with her husband and children which shows that she has a close-knit family.