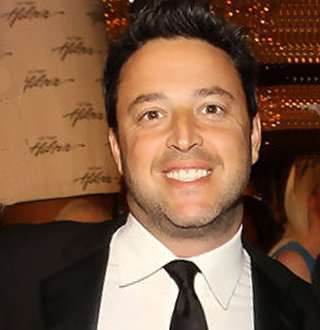 Besides enjoying a prosperous career, Colombian Television producer Andy Lassner always lived a life garnished by his beautiful family and the presence of a wife.

The Bogota native is famously known as a supervising producer of The Rosie O'Donnell Show. His fame got globally recognized when he produced the famous Ellen DeGeneres Show. He can be seen taking an active stance against racism on social media.

Busy As Bee: Appearing on The Ellen DeGeneres Show's Be Kind series, Andy, and guest, Beth Behrs talk about bees (Published on 31 July 2018)

On August 9, 2018, he called out Fox reporter, Laura Ingram for her racist monologue, on Twitter.

His father Jules, who deceased on 27 November 2015, was the captain of the United States Marine Corps whereas his mother was a foreign language expert. As for his siblings, Andy has a brother named Jamie. He had a perfect relationship with his father and still has with his mother and brother.

Talking about his profession, Andy started his career as a Line producer in 1995's TV program, Jane Whitney Show. A year after, he began producing the Richard Bey Show.

In 2001, Andy landed as a co-executive producer for the TV show List, and in 2002 he had his hand in the famous Rosie O'Donnell Show as a segment producer. He also created a program titled Test in the same year and produced it.

Later in 2003, Andy highly got acclaimed for producing the famous Ellen DeGeneres Show that is presented by the first openly gay/lesbian host Ellen DeGeneres.  The show instantly became popular and had won 18 Daytime Emmy Awards till date.

How Much Net Worth Andy Lassner Possesses?

The 51-year-old Bogata native's occupation as a TV producer has earned him a fortune. He has a reported net worth of more than $12 million.

His salary is equally impressive -- according to sites specializing in celebrities net worth & salary, Andy banks an impressive $5 million a year in salary and bonuses.

Aside from the prosperous professional career, Andy also has a beautiful family with his wife and children.

Andy is blissfully married to his wife named Lorie. He even has three children with his wife. One daughter named Erin, and two sons Ethan and Ryan, who were born in 2006.

Nevertheless, Andy timely shares the glimpses of his married life in his social media accounts. He also took his wife to Emmy's event in 2018 and shared a picture with her via Twitter on 29 April 2018. The same day, he also twitted to disclose that his wife and kids are happy as they do not have twitter and barely watch the news.

With a supportive family of wife and kids, Andy has a love-filled personal life, and it's transparent that he adores them with all his heart.