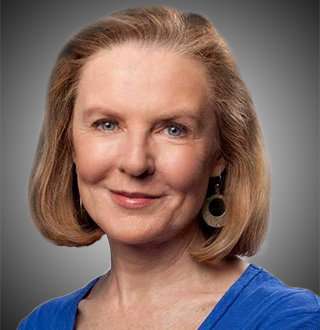 When it comes to the professional background of Margery Eagan, people are quite informed, but how much do they know about her personal life that has never hit the spotlight?

Margery Eagan is a talk radio host who is known for co-hosting the Jim & Margery Show with Jim Braude. Some know her for her frequent guest appearances on CNN, ABC, Fox News, and the Imus in the Morning radio show.

Getting Interviewed By Co-Host: Margery Eagan talks about her time at Durfee High School in Fall River on Greater Boston with Jim Braude (Published on 26 October 2015)

You May Also Like: Cliff Barackman Bio: Happily Married To Wife No.2 | Net Worth At Age 47

In 2002, Margery made a series of appearances on CNN's Newsnight with Aaron Brown to talk about the Roman Catholic sex abuse cases and returned a year later to discuss the Iraq War affecting newspaper circulation.

The third-generation Irish-American was born on 13 June 1954 to Daniel Eagan and Margaret Manning. She was raised Roman Catholic and had started writing stories at a young age, which was encouraged by her English teacher during the time she was attending Durfee High School.

Margery, age 64, took a job at the Fall River Herald News after graduation at a rate of $15 per story. And it was when she reached the age of 24 when she was hired as a full-time feature writer at the Burlington Free Press in Vermont. Getting hired as a general assignment reporter at the Boston Herald in 1981, the radio host was given a column.

She wrote regularity until July 2014, and her contribution has brought her two nominations in the category of Outstanding Newspaper Columnist for GLAAD Media Awards.

Read Also: Tanner Foust Obscure Wife & Gay Rumors, Has A Daughter - With Whom? After working with Jim Braude for over 18 years, Margery had to stop appearing alongside him, as the show ended when the station flipped to an urban contemporary format in January 2013.

Margery Eagan’s Married Life With Husband Came To Cease, Why?

The radio host has only been involved romantically once, with her former husband, Peter Mancusi Jr. She married her husband on 29 September 1979 in Centreville where the ceremony was performed in the Roman Catholic Church, Our Lady of Victory by the Rev. Michael Proterra.

You Don't Want To Miss: Finally DJ Qualls Opens About Future Wife & When He Will Get Married

Her husband was a reporter and editor of Boston Globe and they share two daughters and a son from their married life. Unfortunately, their married life came to a stop as they opted for divorce in 1999 due to undisclosed reasons.

They might have parted ways after 20 long years of being married, but they got along with each other really well and even went to visit Margery’s family in Cape Cod every Christmas. But some things just don’t work out, and the same happened to Margery and her husband of 20 years.

As of now, Margery has not delved into the matter of finding another life partner and is dedicated to spending most of her time with her daughters and son, whose identities are kept behind the curtains to date.