Lauren Pesce Bio: From Age, Married Life To Net Worth | All Details 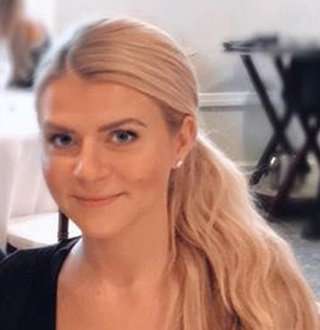 A style blogger for TheStyleBAE, Lauren Pesce gives her opinions on fashion, fitness, food and more. She gained fame and a massive amount of fan following from the WE TV reality series, Marriage Boot Camp: Reality Stars where she appeared in the year 2015.

Lauren Pesce was born on January 10, 1985, in New Jersey. She got a degree in Fashion Merchandising from LIM College in New York City and worked as an intern at Elle Magazine. However, any information regarding her parents is still under the rocks.

Lauren met Mike Sorrentino back in the college days before he was a famous reality TV star. The couple dated each other for four years before they decided to take a break while Mike became famous for appearing in the reality TV show, The Jersey Shore where people recognized him as, "The Situation." After the show wrapped up, the couple reunited in 2012. Later on, in 2015, the 34 years of age Lauren and Mike Sorrentino appeared on Marriage Boot Camp: Reality Stars together. Since there their bonding started to deepen: more than ever when Lauren supported Mike while he was struggling to get out from Narcotics Anonymous. She helped him to overcome his drugs addiction and led him to live a healthy and beautiful life.

In the year 2018, Mike decided to make Lauren his wife and become her husband for the rest of their life. So, on April 26th the couple got engaged and gave their relationship a new standard.

Lauren works as a fashion blogger. She gives information regarding fashion, style, and clothes on her blog TheStyleBAE. Her job is to keep up to date with the trending styles and fashion trends and give out the information to her audience through her blog. However, the exact amount she earns from the blog is still yet to be known.

When it comes to her husband Mike’s net worth, it sits around $300,000. His earning comes from the reality TV shows he has appeared in; for instance The Jersey Shore and Marriage Boot Camp: Reality Stars. It is said that he used to charge $150,000 per episode.