Kurt Schlichter, 54 Bio Unveil Relationship With Wife To List Of His Books

Celebs
by HM Writer Published:  January 11, 2019
Kurt Schlichter’s was born on...his family and childhood is still a...Kurt got married to a woman named...the couple celebrated their fifteenth wedding anniversary in...The couple has added two beautiful members to the family...we can assume how much fortune he makes per year...

Kurt Schlichter is a trial lawyer, a retired Army infantry colonel, and a writer as well. Twice a week, he writes as a Senior Columnist for Townhall.com and does a weekly show on The Rebel. He also writes books; Indian Country, People's Republic, and the non-fiction book Militant Normals(2018). He appears weekly on the Cam and Company Show with his brand of commentary.

Kurt Schlichter’s was born on December 24, 1964. However, any further information regarding his family and childhood is still a mystery except his date of birth.

Talking about education, the 55 years of age Kurt got a degree from the Army War College. Adding to that, he also got a masters in Strategic Studies from the United States Army War College. He also graduated from Loyola Law School. Moreover, he majored in Communications and Political Science as an undergraduate at the University of California, San Diego.

Who Is The Wife Of Kurt Schlichter?

Back in 2003, Kurt got married to a woman named Irina Moises. However, any further information about his wife is kept very low key for the public. 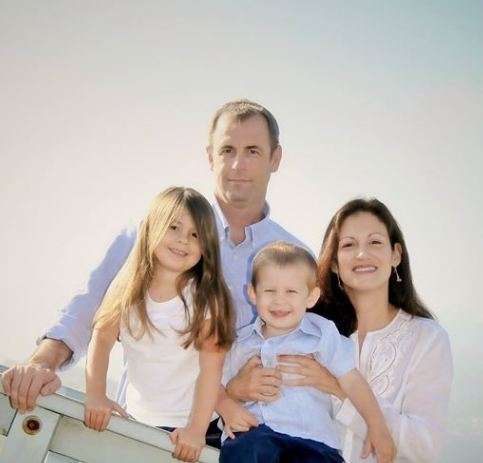 Wife: Kurt is posing for a family picture along with his wife and his two children. (Picture: Kurt's Facebook)

Together, the couple celebrated their fifteenth wedding anniversary in 2018 as Kurt posted their wedding picture and wished her a very Happy Anniversary. The couple has added two beautiful members to the family. They have one daughter and a son.

When Kurt used to work as a stand-up comic, he gathered a massive fan following. Later on, when he started working as a writer, he made it to his number one selling Amazon Political Humor.

Later on, he also published some ebooks I Am a Conservative: Uncensored, Undiluted and Absolutely Un-PC, I Am a Liberal: A Conservative's Guide to Dealing With Nature's Most Irritating Mistake, Fetch My Latte: Sharing Feelings With Stupid People, and 50 Shades of Liberal.

A legal publication such as The Los Angeles Daily Journal regularly publishes his litigation strategy and legal analysis articles.

Kurt also wrote a book Conservative Insurgency: The Struggle to Take America Back 2009-2041 which was released in 2014. Besides his job as a writer, he also works as a lawyer representing companies and individuals in matters ranging from the business cases to confidential Hollywood and entertainment industry disputes and transactions.

You May Like: Steve Darnell Bio: Age, Wife To Darnell Family, Net Worth & Explicit Facts

As Kurt works as a writer, an author, a columnist, and a lawyer, we can assume how much fortune he makes per year. As the average pay for a Columnist is $70,000 per year, we can estimate his total net worth to runs in millions of dollars which comes from the books and his lawyer job as well.