Home » Celebs » Julissa Bermudez Still Engaged With Maxwell; What Is Her Net Worth?
Share

Julissa Bermudez Still Engaged With Maxwell; What Is Her Net Worth? 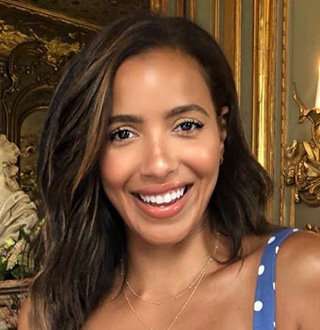 Julissa Bermúdez is a television personality, an actress, dancer, model, and a singer. She had also appeared in the hit Bravo reality series, "Millionaire Matchmaker along with her co-actor Patti Stranger. She is best known for being a co-host on BET's most popular music video countdown show 106 & Park from and former host of Jersey Shore: After Hours. Moreover, she was a host of Yahoo! Celebrity in 2016 as well.

Julissa made her first screen debut in a Coca-Cola television commercial. She is currently starring on the Style network's show "Empire Girls" alongside Adrienne Bailon.

You May Know: Donita Rose & Husband: Wedding That Started It, Chances For Divorce?

Julissa Bermudez was born on September 28, 1983, in Santo Domingo, Dominican Republic and raised in Elmhurst, Queens, New York. She grew up along with her three older brothers.

What Is Julissa's Net Worth?

Early in her career, while she was preparing as a finalist model to represent famous pop-singer, Jennifer Lopez‘s fashion line, Julissa with the height of 5 feet and 7 inches, got her big break as the host of The Roof for Mun2 in 2004. Later on, she appeared as a correspondent on Randy Jackson‘s America’s Best Dance Crew.

Likewise, Julissa has served as the host of "106 & Park", and "The Center." She has guest starred on shows like "Royal Pains," "Z Rock," and "Rescue Me." And when it comes to her net worth, it is estimated to be around 600 thousand dollars.

Grammy Award-nominated R&B artist Maxwell and Dominican model Julissa have a long history together. Both of them were rumored to be romantically engaged for many years, but they were first seen together publicly in 2014.

They were seen on the beach of Florida, enjoying the sun, and riding the speedboat together. Although both had not confirmed their relationship officially, seeing them holding hands, attending VH1's Dear Mama special together, and attending  BET Awards together gave us a different vibe. However, in 2018, Julissa mentioned that Maxwell was just a friend to her from day one and both of them never felt important to clarify their relationship to the public. She further explained that he is still a very dearest and closest friend of her with whom she shares some of her career decisions.