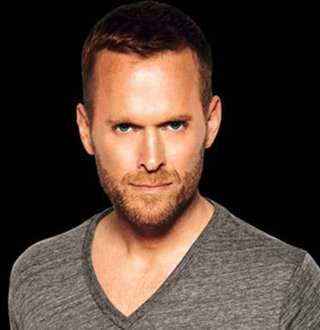 American personal fitness trainer Robert Harper became a fitness instructor even though he wasn’t involved in sports in high school. Adding to that, he did not graduate from the Austin Peay State University in Tennessee.

After college, he moved to Los Angeles and there he got opportunities to train celebrities like Ben Stiller and Ellen DeGeneres. Later in 2004, he started working in the television weight-loss competition The Biggest Loser. This show made him one of the country’s most famous fitness experts.

The Nashville native is always concerned about his fans, that is why he educate and enlighten his fans about nutrition and its role in building health through his online videos, articles and yoga classes. He is not only a talented personal trainer but also an actor and an author. He launched his recent book “The Super Carb Diet” in 2017.

The professional fitness trainer with the height of 6’1’’ and weight of 76 kg is known as an active proponent of the Function Training Method fitness regimen. He has phenomenal physique despite being in his fifties.

What is Bob Harper's Net Worth?

Harper has the net worth of $4 million dollars. It is not disclosed how much he earns training obese competitors on Biggest Losers. It was the show that made him a hot brand in the fitness community. He has been active in the fitness competition show since 2004. His famous online fitness program called Black Fire has changed the life of many.

Apart from helping overweight people to win the fitness-competition show, The Biggest Loser, he helps others remain healthy and fit via individual training sessions, yoga classes, and writing helpful articles. Likewise, he has made money from Biggest Losers' workout DVDs and writing fitness books. He is a three-time New York Times best-selling author.

You Won't Believe What Bob Harper Father Did To His Mother, Family & Age

Bob is a good example of how we can change our fate learning from our past. Having a tragic childhood has made him self-reliant and the experiences he has had with his family have taught him to respect the values of life.

Don't Miss:Brody Jenner's Wait To Get Married; Summer Wedding, Fiance To Be Wife

If you don't know, he didn’t have the privilege of living a smooth life in his childhood. He was born on 18 August 1965, in Nashville, Tennessee as the youngest and the only boy in a family of three children and was raised on a cattle farm. His father cheated on his mother and married the mistress after their divorce. Bob was just in grade 7 when his parents separated.

Bob Harper Coming Out As Gay Suprised & Inspired Everyone; 2013

A lot of question regarding Bob Harper relationship status on the internet is creating traffic every now and then. People want to know whether he has a girlfriend or is married to someone or is secretly dating someone or not.

Matter of fact, Bobby is a proud gay man. On November 26, 2013, He publicly came out as gay during the seventh episode of The Biggest Loser while talking to a contestant who was having difficulty telling his parents about his sexuality. Harper tried to motivate him revealing how he revealed about being gay to his family when he was 17.

Know If Bob Harper Had Girlfriend Or Partner In Past

Everyone may eventually have a husband or a wife in some point in life. At present, Bob is not married but he is in a healthy relationship with actor and set decorator Anton Gutierrez. The two love bird seems to be enjoying the relationship as they are often seen taking pictures of themselves and sharing on social media.

In the past, Bob was in a relationship with American Iranian actor Reza Farahan. While chatting with host Andy Cohen on Watch What  Happens Live! in 2015, he had “a tawdry little thing” with the Shah Of Sunsets star Reza. Likewise in an interview in 2013, he also revealed about dating a professional athlete.