Home » Actors » Tim Rozon Is Gay Of The Other Kind! Married Life With Partner Reflects
Share

Tim Rozon Is Gay Of The Other Kind! Married Life With Partner Reflects 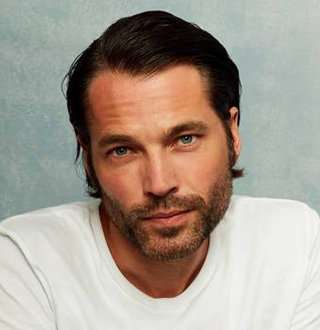 Canadian Actor Tim Rozon was speculated as a gay man many times, for god knows why. Fortunately, he put those rumors to bed as he showcased his adorable partner & wife!

The Quebec-native is a Canadian actor best known for portraying the character Tommy Quincy on the CTV teen drama, Instant Star. Along with that he also has made numerous appearances in various other hit series along with movies. He is currently starring on TV series, Wynonna Earp.

Wynonna Earp S 3 E 9 Promo: History keeps repeating itself when Wynonna has to make an impossible choice. Waverly and Nicole visit a jeweler, and a familiar face returns to purgatory; Tim Rozon stars as Doc Holliday (Published on 7 September 2018)

As of 2018, he starred alongside stars Katherine Barrell, Sai Bennett and Joe Pantoliano on the movie, Lake Placid: Legacy. The 2018 American made-for-television horror movie was directed by Darrell Roodt, which premiered on Syfy on 28 May 2018. Rozon's performance has earned him heaps of praises from audiences and critics alike. His outstanding performances have also won his awards and nominations.

Tim had his breakthrough on the teen drama series, Instant Star, where he played the role of Tommy Quincy for four seasons (2004-2008).

He also played the series lead as Alex Caine, a gang infiltrator,  on series, Befriend and Betray.

In 2016, he landed the role of the iconic gunslinger and gambler Doc Holliday on Syfy's Wynonna Earp.

Over the last decade, he has also made guest appearances on many favorite shows produced in Canada including Rookie Blue, Flashpoint, The Listener, Heartland, Lost Girl, Being Human, Saving Hope and 19-2.

What is Rozon's Salary & Net Worth?

Being an actor is in itself a difficult role in the modern world. To be a successful actor is even harder. It requires constant motivation, will, and dedication to even be recognized as a breakout star. For Tim Rozon, his desire to fulfill his life long passion paid off through his unwillingness to give up. The results of his hard work have reaped Rozon rewards in the form of fame and fortune.

Having starred in a number of movies and television series, Rozon has made a name for himself in the entertainment industry. His years of experience has helped him in amassing a sizable fortune. According to Payscale, the average salary for an actor/actress in general—in plays, TV, and the movies, without regard to the size of the role—is $50,529 per annum. Judging from his fandom and his popularity, he probably boasts a hefty net worth from his succesful acting job. To add to that, he also owns a few real estate and restaurants as well.

Find About: What If Ross Hull Is Gay? Married, Wife, Parents, Height - A Complete Bio

Apart from his succesful career as an actor, Tim also owns restaurants Le Garde Manger and Le Bremner in Montreal. Along with being an actor and a restauranteur, Tim has also emerged himself in writing. Tim along with Beau Smith recently published a graphic novel entitled "Wynonna: Bad Day at Black Rock"  in 2018. It seems Tim isn't satisfied with just being an actor and an entrepreneur. He wants to expand his horizons by utilizing his knowledge and imparting his wisdom.

Tim and fellow co-star Chantel share excellent chemistry between each other on the supernational horror series, Wynonna Earp; Their characters, Doc Holliday, and Kate are a married couple on the show.

Outside of the stage, the two partners can be seen on each other’s social media account, sharing pictures of enjoying their companionship together.

From hyping up fans for the next episode of the show to wishing one other on their special days including birthdays, the two actors indeed share a strong bond.

With that said, albeit they’re husband and wife on the show, Rozon is not dating Riley; they’re just close friends at best.

The Canadian actor professes a low-key dating life alongside keeping his upbringing private. There have been numerous rumors that he is gay. However, that is not true as he is happily married.

Tim got married to a beautiful girl; whose goes by her Instagram name, Linzey. They got married on 6 September 2015. Wedding Bells: Tim Rozon and his wife's 'You may kiss the bride' moment, shared on 24 September 2015 (Photo: Linzeyg's Instagram)

However, digging upon his wife’s Instagram account, the couple is pictured together way back from 2012. So it’s safe to say that the two had been dating several years before deciding to tie the knot.

It’s more than safe--it’s a fact that Rozon isn’t gay; it’s absurd how the rumor mill adds the gay tag to almost every famous and handsome man.

As of 2019, Rozon and his wife have been enjoying a blissful life together as husband and wife.

Moreover, the married duo is reaching milestones after milestone, having already celebrated their three years anniversary on the 6th of September 2018. The next step for the partners is probably starting a family of their own soon. However, whether they do it or not is another story!