Home » Actors » Jim Rash Personal Life Discussed; Gay Man Has A Partner, Who Is He?
Share

Jim Rash Personal Life Discussed; Gay Man Has A Partner, Who Is He? 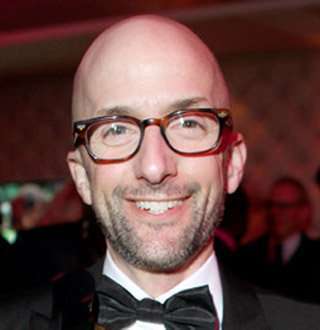 Openly gay actor Jim Rash does not entertain people trying to delve into his personal life. Often, it's a wrap when it comes to his romantic side. But it's not a secret that there is a guy whom he addresses as a partner. The whole world knows about it. Don't you? Gosh! Where have you been?

The New York native is most known for acting Dean Craig Pelton in the TV show, Community (2015). He is also a producer as well as director of the 2013 movie The Way Way Back. In addition to appearing in numerous movies and TV shows, he has also given his voice to shows such as Star Wars Resistance, Mike Tyson Mysteries and so forth.

The talented actor is also an award-winning screenwriter of the 2011 movie The Descendants alongside Nat Faxon. The movie won the Academy Awards for Best Adapted Screenplay in 2012.

The openly gay actor was born on 15 July 1970 in Charlotte, NY. He was adopted as a child by an affable family along with his sister, but this didn’t make any difference in the family relationship. He’s lost his father, but he loves hanging out with his mother even at the age of 48.

For his educational part, he attended Lawrence School in New Jersey. He must have been a studious boy provided the glasses he put on gives him a nerdy look even to this day.

The actor standing at a height of 5 feet 7 inches faced a tall struggle to establish himself in Hollywood. Having first entered Hollywood at the age of 25, he had to wait 10 long years before finally establishing himself as an actor with the superhero movie Skyhigh.

And his stars have literally been 'sky high' after the movie as he has hit one landmark after other since then.

Jim has maintained a consistent presence in the entertainment as an actor, a producer, a director and even as a screenplay writer.

He has worked in a number of movies, but his portrayal of Dean Pelton is admired the most. There are more to his accolades, but one that can't miss the mentioning is the Academy Awards he won for The Descendants.

He has garnered a net worth of $8 million in his steady career.

Just like many other openly gay celebrities, Jim took a moment to look back on his coming out story on National Coming Out Day on 12 October 2018.

He uploaded a picture of him in mustache accompanied by a long caption that described his coming out story six years ago. He takes pride in being who he is and accepts that it has given him more freedom than ever. He is also in favor of LGBT rights and is a regular attendee of LA Pride Parade.

Jim Rash Witnessed As Gays Got Married But Can’t Marry His Partner!

Jim said he was single while the world was aware of the guy whom he calls partner. Was he trying to make a fuss? Well, the answer is a big ‘No.’

He means Nat Faxon--his screenplay writing partner when he says he has a 'partner.'

The two share a good friendship and professional relationship but are far from a romantic bond as Nat is a married man with a family of wife and three kids.

The gay man happily attends gay weddings and congratulates the couples but is not interested in walking the walk on his own life. It will be a bombshell if Jim has a partner because everyone believes he is happily single. Atleast, his actions certainly depict so!