Betty Gabriel Bio Uncovers Everything From Age, Ethnicity To Net Worth 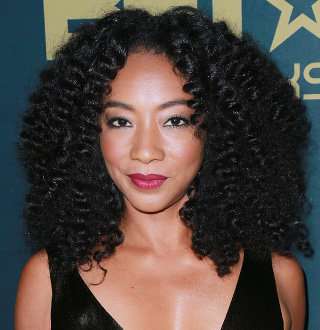 American movie star Betty Gabriel has been able to cement her name in the list of famous actresses, after marking her presence in hit movies; Get Out, The Purge: Election Year. And the more people got acquainted with her on-screen performances; the more people thrived to learn about her personal life; her reticent bio.

She is well known for her role as Georgina in Jordan Peele’s directorial debut, Get Out (Oscar Winning Movie).

Let's clear all your enthusiasms and delve into every little detail about her. Keep Reading!

Get Acquainted With Her Famous Movies & TV Shows!

Betty Gabriel, who kickstarted her acting career with her first significant role in a 2011 drama, In Memoriam--she was active in the film industry since 2009.

Progressing along the way in her career, the Washington D.C. native got featured in small yet recurring roles in Westworld alongside Shannon Woodward and Good Girls Revolt.

And in 2016, Betty starred as one of the leads in horror sequel, The Purge: Election Year.

Just a year after working in the movie, The Purge: Election Year, Betty got praised for her unbelievable performance in the Oscar-winning horror film, Get Out, featuring as Georgina.

Moreover, from the same movie, Betty went on to be a contender for the 2018 Academy Awards for the nomination of Best Supporting Actress by Variety and The New York Times.

What's more, her role was even observed as one of the best performances of 2017 by The New York Times.

Moving on with the accolades, Betty, who stands tall at the height of 5 feet and 4 inches, got featured in the movie Diverted Eden, Unfriended: Dark Web and Upgrade, which released in 2018.

You May Like: Maureen O'Boyle Married Or Dreadful Trauma Holding From Having Husband?

And as for 2019, Betty is all set to play the role of Naya Temple, an FBI agent in the TV series, Counterpart.

What Is Betty's Net Worth?

The actress is undoubtedly standing at the peak of her movie career; from marking her presence with an eye-popping attire in the Oscars to working in back to back hit movies.

Although Betty remains way too reticent when it comes to sharing any details that are related to her net worth, there's no doubt that her net worth is around millions of dollars which she got from her recent movie successes.

In recent times, Betty Gabriel's bio has been one of the trending topics that people are thriving to know. But ageless, Betty has not broken any silence about the matter although the buzzes of curiosities keep tickling her to speak.

However, it was known that she was born in Washington D.C. and was raised in Pittsburgh and Hyattsville, MD. She possesses African-America ethnicity.

And through a tweet, it also came to the light that she celebrates her birthday on 14th of October.

Besides, nothing is heavily detailed about her. So let's endure some patience until she decides to speak about herself.