Anson Mount & Wife, How Dating Led To Getting Married | Most Romantic 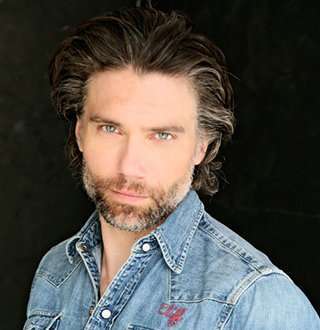 American actor, Anson Mount had been embracing a beautiful relationship with his girlfriend when he took out his final arsenal and went down on his knees in hopes of reciting wedding vows in the soon future.

Anson Mount is widely known for portraying the fictional character, Cullen Bohannon in the series, Hell on Wheel of AMC western drama.

Age of Fiction: Anson Mount talks about his role as Capt. Pike on season 2 of Star Trek: Discovery at San Diego Comic-Con 2018 (Published on 23 July 2018)

Anson portrayed the superhero of Marvel Comics, Black Bolt in Marvel’s Inhumans in 2017.

Anson has got an older brother, Anson Adams III, and two sisters, Kristin and Elizabeth.

The 45-year-old actor attended Dickson County High School in Dickson, Tennessee, and Sewanee: The University of the South.

In 1998, Anson graduated from Columbia University with an MFA in Theater in New York. He eventually started to study acting at Michael Howard Studios in New York City to pursue a career in acting.

Embracing a passion for acting from a young age, Anson made his first appearance on the television series, Ally McBeal as Kevin Wah and Sex And The City as Gregory, both in 1999.

After gaining recognition through his portrayals in the television series, Anson got his movie debut when he appeared on Urban Legends: Final Cut where he portrayed Toby Belcher in 2000.

The series that got him the most fan base from his appearance in the AMV western drama, Hell on Wheels. He then was cast on the short-lived NBC series, Conviction playing the role of Jim Steele.

Anson also portrayed the Marvel Comics superhero Black Bolt in the 2017 Marvel’s Inhumans. He’s still active in his acting career as it was announced that he would have a recurring role as Captain Christopher Pike in the second season of Star Trek: Discovery on 9 April 2018.

Anson had been dating his girlfriend, Darah Mount for a considerably long time, Anson finally got down on the knees and presented the ring on 8 July 2017. He let the fans know about being engaged to then-girlfriend showing off her ring on Instagram by posting a picture with his wife with an unusual caption, ‘SHE SAID MAYBE!!’.

The two were enjoying their engaged lives for almost a year when they finally decided to announce the news of them getting married on 20 February 2018.

Anson took to his Instagram to share the happy news of committing to his wife by posting a picture of a Polaroid photo of the ceremony. The couple is openly enjoying their married life with their three dogs, Jax, Mac, and Betty Lou. Anson is more than happy to have hit the jackpot with such a beauty, and his love life has kept him miles away from any gay rumors.

Anson and his wife currently reside in Brooklyn, New York and are often sharing pictures to give some glimpses of their lives together while they haven’t hinted on any upcoming additions.