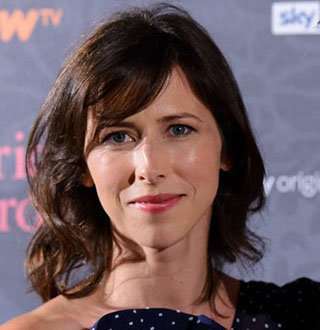 English opera director, Sophie Hunter and her husband, Benedict Cumberbatch made extra efforts to keep their relationship under the veil without failing, but their subtle hints of an update to their married life had the media howling with excitement.

Sophie Hunter is best known for her theatrical directing of the experimental play The Terrific Electric after her company won the Samuel Beckett Theatre Trust Award. She is also quite known as the wife of the famous actor, Benedict Cumberbatch.

Height Of Replying To Critics: Sophie Hunter reads the reply of English actress Hermione Gingold addressing the threatening letter from a member of the public on Letters Live (Published on 27 September 2016)

Born on 16 March 1978, Sophie Irene Hunter was raised alongside her two younger brothers, Timothy and Patrick. She graduated from St Paul’s Girls’ School in Hammersmith and attended Oxford University where she studied Modern Languages.

The 40-year-old theatre director moved to Paris with the aim to study avant-garde theatre at the L'École Internationale de Théâtre Jacques Lecoq for two years.

It wasn’t long before the 5 feet 8 inches (1.73 meters) tall playwright co-founded the Lacuna Theatre Company and took the position of associate director at Royal Court Theatre and Broadhurst Theatre for the play, Enron.

Sophie later became the artistic director of her co-founded theatre company Boileroom, that bagged the 2007 Samuel Theatre Trust Award for the avant-garde play, The Terrific Electric.

She soon became known for her avant-garde plays, directing the New York City performance, Lucretia in 2011 which was based on Benjamin Britten’s opera, The Rape of Lucretia.

Many sources praised her production, Ruby Philogene in Phaedra alongside music director Andrew Staples in 2015, which as directed at the Happy Days Enniskillen International Beckett Festival in Northern Ireland.

The opera director has contributed to a significant number of productions, and there is no doubt that she earns more than an average playwright.

The average salary of a theatre director is $44,141 per year, to which Sophie’s pay can add more dollars following her widely recognized plays and narrations.

She has also earned from acting in the television series, Midsomer Murders, Torchwood, and Keen Eddie. As the wife of one of the highest paid actor, Benedict Cumberbatch, she shares a net worth of $30 million with her husband.

As much as Sophie tried to hide her relationship with Benedict, the sniffing nose of media got the hang of it soon. The two supposedly first met on the set of Burlesque Fairytales in 2009 when Sophie played Annabel Blythe Smith, and Benedict portrayed Henry Clark.

Benedict was dating Olivia Poulet at the time but broke up with her in 2011. Then, there were rumors of Sophie dating Benedict in June 2014 when they attended the French Open together.

But it wasn’t until September that they were officially announced as a couple. Husband Goals: Sophie and Benedict at the 7th annual GQ Hay Festival Dinner in Wales on 29 May 2016 (Photo: Sophiehuntercentral’s Instagram)

The couple was secretive about their relationship to the extent that they announced their engagement via a local newspaper ad in November 2014.

Sophie and her husband went to extra lengths to keep their wedding a secret from the public, and the two sneakily got married in February 2015.

After the wedding, Sophie and her husband were less hesitant about appearing together at different events, and it wasn’t long before they welcomed their first son, Hal Auden Cumberbatch the same year.

And just months after getting married, the pair welcomed their second son, Christopher Kit Carlton.

You saw that right.

It was revealed on 17 September 2018 that Sophie and Benedict were adding another baby to the family as they attended the 2018 Emmys in Los Angeles and Sophie’s baby bump was showing.

You Don't Want To Miss: Wynton Marsalis Biography Reflects: Has Children But Not A Wife! Never Got Married?

The couple did try to hide it as Sophie chose to wear a dress fit to sugarcoat the baby bump, but it resulted in vain, and the media was quick to catch up on the difference. With two sons who aren’t much revealed to the public, Sophie and her husband seem to be having no problem adding a new addition to their family.

And there’s no doubt that they’re doing the best by hiding their children away from the nosy press.