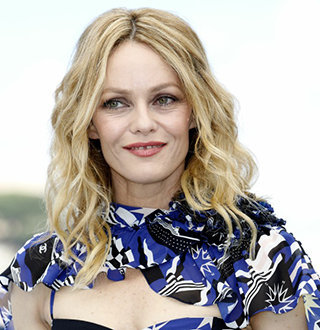 Johny Depp's ex-girlfriend tied the knot with the French film director Samuel Benchetrit, 45, on 30 June 2018. The ceremony was held in front of two dozen guests in a small schoolhouse town hall in Saint-Simeon, a city located one hour west of the capital, Paris.

The 45 years old bride was seen charming in a traditional white dress and a veil while the bridegroom wore a navy blue suit. The newly married couple was greeted by the well-wishers, throwing flower petals at them after the happy event. Vanessa and Samuel got engaged in November 2017 after working together on the film Chien which screened at the Cannes Film Festival in May 2018. They fell in love on the set of drama Chien and started dating in November 2016.

Before, Samuel, she was in a relationship with French musician Benjamin Biolay. She even recorded a duet, Enjoy for her boyfriend's album. The couple reportedly got separated in 2015.

Likewise, Vanessa was also in a publicized relationship from 1998 to 2012 with the 55 years old American actor Johnny Depp.

Despite their 14 years of relationship, the couple did not tie the knot. And for a reason, Johnny insisted marriage is really from soul to soul and heart to heart.

Further, he opened that he is scared of ruining Vanessa's last name as she got a good last name. The former couple shares two children;  a daughter named Lily-Rose Depp, 19, and a son named John Christopher "Jack" Depp III, 16.

Lily-Rose attended their marriage but her son, Jack was absent at the event because of his serious health problems.

In her young times, she was rumored to be dating with American musician, Lenny Kravitz, who also worked together for her song album in 1992.

Talking about Samuel, he was married to Marie Trintignant, and their marriage ended after she died in 2003. Afterward, he started to live with French actress Anna Mouglalis until 2012, with whom he had a daughter named Saul.