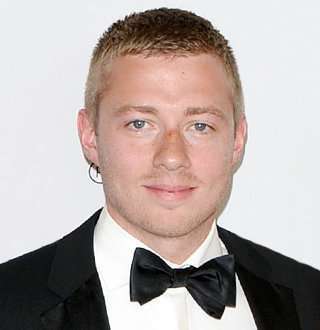 Mathew Gilmour’ wife Elizabeth Smart is pregnant with her third baby at age 30.

The victims’ rights advocate and kidnapping survivor announced she is expecting her third child via Instagram on 26 June 2018, with an ultrasound photo.

The mother of two captioned the picture saying;

Matthew and his spouse are parents to two young children; 3-year-old daughter Chloe and 14-month-old son James, and one more is on the way.

The couple had a private wedding ceremony in 2012 in Hawaii. The wedding was attended only by very close family and friends. The couple met while they were on their missionary year in France. Elizabeth told PEOPLE in November 2017 that her children and family were the most important things in her life. Back in May 2018, she opened up about the importance of finding “balance” in her life saying;

I find my balance when I’m able to spend time with my little family when I listen to my little Chloé whose biggest concern is when we can’t find her other “pony shoe.

The children victim's advocate, who was kidnapped from her home in 2002 at age 14, wondered if a healthy life and motherhood would ever be possible after such brutal experience.

It appears the pregnancy has put her in a reflective mode, as she shared the story of how she fell in love with her husband and ultimately found the right person in her life. In the Instagrammed photo of 16 June 2018, she wrote a long caption stating;

When I was a little girl my dream was to grow up, meet my Prince Charming, get married and have a family. When I was kidnapped, I felt like that dream was stolen away forever. After I was rescued, I felt like everything that had been taken away had been given back.

Through her Traumatic experience, Elizabeth has reclaimed her life as an inspirational speaker, author, and advocate. She upholds for change related to child abduction, recovery programs, and National legislation.

Elizabeth recently released a new powerful and inspiring book about what it takes to overcome trauma, find the strength to move on, and reclaim one’s life."Where There’s Hope" is the result of Elizabeth’s mission.