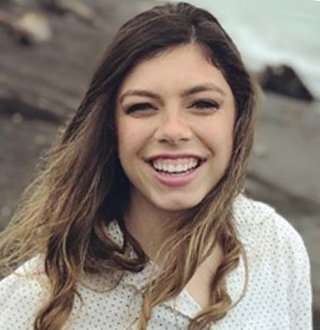 The year 2018 keeps on getting better and better for Lauren Swanson!

Lauren, aged 18,  ended the whirlwind first six months of the year by tying the knots with her fiance Josiah Duggar on 30 June 2018. The couple's wedding took place at John Brown University Cathedral, Arkansas and was described as a perfect event by the husband-wife duo.

Speaking to PEOPLE after the Duggar family special event, the couple gushed about their marriage in unison:

'What a joy it is to be husband and wife! Our wedding day was absolutely perfect!'

Lauren and Josiah's perfect wedding was a family affair with the bride's father reading the sermons. Whats more, the elegant white dress the bride wore along with eight other bridesmaids' was designed by Jana Duggar and Josh Duggar’s wife, Anna. Josiah meanwhile looked dapper in his grey suit with white shirt and a black necktie. Lauren and Josiah's gale six months started when they revealed that the couple was courting in January 2018. As devout Christians, the Duggars do not date but engage in courtship before getting married. And the courtship turned serious after Josiah announced in March 2018 via Instagram that they had been engaged.

Josiah Instagrammed a picture of the couple and thanked God for opening his eyes and meeting him with Lauren before announcing that the pair had been engaged.  Whats more, Lauren was seen with a big engagement ring in the same photo.

The relationship with Josiah has been a first foray into the spotlight for Lauren. She is only 18 years old and is the eldest of eight siblings born to a religious family. The newly turned bride does not even have her own Instagram handle.

Lauren's bio also reveals that her family had made a brief appearance in the Duggars' family show 19 And Counting in 2010. As both the families were devout Christians, they continued to be friends and now have turned their friendship into a definite relationship.

And Lauren will now be stepping into another large family as the Duggar's have 19 children of their own. And Lauren will have to get used to showbiz after her marriage as the extended family of Duggar's are all involved in the TLC's show Counting On which has been scheduled to release its 8th season on 30 July 2018.