Home » Media » What Is Whitney Drolen Age & Who Is Husband? Bio Reveals All There Is
Share

What Is Whitney Drolen Age & Who Is Husband? Bio Reveals All There Is 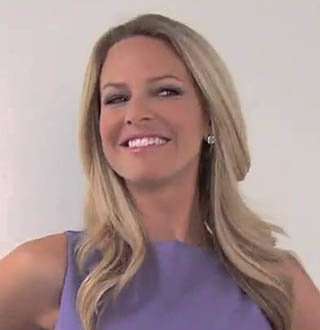 Whitney Drolen, a reporter and anchor, is best known for her work at CBS 11 News; This Morning. Moreover, her work as a traffic reporter for the KTVT channel, 11 stations in Dallas made her famous among people.

Back in October of 2014, Whitney made a huge decision to leave channel 11 and mentioned that her career as a reporter was good and it was time for her to focus on other pleasures of life.

And since her resignation from the job of a reporter, she has maintained a very low-key life, out from the eye of the public. After her departure, details regarding her new job is still under the rocks.

People You May Know: Cara Santa Maria Bio: From Dating Status To Height And Parents

Whitney celebrates her birthday on every 15th of April. She was raised in California in a middle-class family. However, any information regarding her height, measurements, and her parents is still a mystery.

Talking about her education, Whitney graduated with a degree in broadcast journalism from Chapman University, in Orange, California in just three and a half year.

Interesting: Rageh Omaar Bio: From Wedding With Wife To Height And Career At BBC

Who Is The Husband Of Whitney Drolen?

It was the year 2015 when Whitney got married to her husband, Byran Barlowe at Santa Barbara. The couple had met each back in their college days and soon fell in love, resulting in a relation of marriage. The news of her marriage was out in public through their wedding photographer who posted a series of pictures from their wedding. Husband: Whitney and her husband on their wedding day with family and friends. (Picture: Amy Morris Photography)

After seeing the picture, it seems as though the wedding ceremony was conducted in a close group of family and friends.

But, as in now, it is hard to tell if the couple is still together or not in 2019 as Whitney is never seen anywhere out in public with her husband. Some people have even assumed that she might have got a divorce with him, that’s why she is not seen with him in public. But, the rumors have not been verified by both parties.