Wolf Blitzer's Salary And Net Worth Is Massive! Among Richest Journalists? 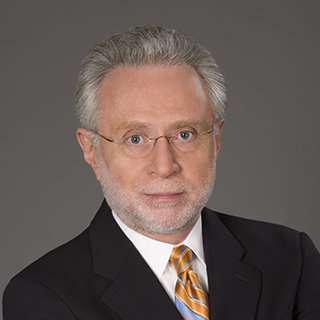 American Journalist Wolf Blitzer contributed more than five decades in the journaling world and established himself as one of the richest journalists in the world with his hefty net worth.

The Augsburg native is famously known as CNN’s lead political anchor for The Situation Room, who covers various political topics ranging from the smallest disputes to the largest feuds. His fame enriched after he started hosting the show Wolf since 2013.

In 2011, Blitzer received an honorary Doctorate of Humane Letters from Penn State University.

70-year-old Wolf earned his Master's degree in International Relations from the Johns Hopkins University School of Advanced International Studies in 1972.

Wolf started his professional career in journalism for Reuter’s news agency in the year 1970. After three years, he landed as a Washington correspondent for the Jerusalem Post and worked there until 1990.

You May Also Like: Ayman Mohyeldin Bio: From Height To Personal Life Details- Married Life With Wife

In mid of his work with the newspaper, Wolf also worked for the American Israel Public Affairs committee as an editor in the mid-1970s. He also published articles in numerous Hebrew-language newspapers.

After leaving the Jerusalem Post in 1990, he worked as military affairs reporters for CNN. Later, in 1992, he became CNN’s White House Correspondent and worked till 1999.

In 2000, Wolf started his own show, Wolf Blitzer’s Reports and hosted it for five years. Since 2004, he anchored the coverage of CNN's U.S. presidential elections. He then joined CNN's two-hour afternoon program, The Situation Room on 8 August 2005.

Since then, he has been the regular host of the program. Moreover, he also landed as the host of the show Wolf in 2013 and became it a regular anchor.

Wolf Blitzer Showers Himself With Awards

With high dedication in the journaling world, Blitzer has been awarded numerous credits.

In 2007, Blitzer was awarded for the honorary Doctorate of Humane Letters by the George Washington University at their undergraduate commencement exercise.

Read Also: CNN's Sanjay Gupta On Bright Side Of Weed! Along With Perfect Family He Shares With Wife

He was also honored with Doctorate of Humane Letters by Niagara University at their undergraduate commencement exercise in 2010.

With a career garnished with successful accomplishment, Wolf has also earned a hefty amount of network from the salary he got during his service.

While many CNN interviews with elected officials are often dominated by Democrats, Wolf Blitzer emptied the bin of liberal points upon New York Republican Congressman Tom Reed's appearance on Wolf on 6 September 2018.

Wolf didn't back down from making straight comments and asking questions that ranged from him wondering if America was in a constitutional crisis to questioning Donald Trump's mental stability, upon arguing about Republicans abdicating their responsibility to impeach the President.

When Wolf asked about the constitutional crisis, Tom Reed overlooked the notion and tossed the follow-up question aside as well.

After Wolf asked a question about what Tom made of Donald Trump's tweet about the author of the anonymous New York Time was treasonous, Tom responded with the words stating that it was an act of cowardice.

Following up with the demanding comment from Tom if he was okay with the way Donald Trump viewed Kim Jong-un and Vladimir Putin, Wolf ended the interview by complaining how the Republican-controlled House of Representatives hadn't cooperated with Donald Trump.

Well, unlike other television personalities, Wolf has earned commendable net worth, and undoubtedly the success.

You Don't Want To Miss: Michael Shure Bio: Family Man With Wife Plus His Height And Net Worth

Interstingly, It has come to the limelight, that his work in the CNN credits him with the massive salary of $5 million, though the reuters.com had reported his salary to be $3 million annually back in 2010.

Wolf's total net worth till date is estimated to be of $16 million. With such income and net worth, it is no doubt that Wolf is one of the richest journalists in the world.

Moreover, the veteran media personality lives a luxurious life and lavish lifestyle; and has been residing with his family in a well-furnished and well-luxurious house in Bethesda, Maryland since 1993.