Venus Raj With Husband Or Boyfriend? 2018 Biography Of The Filipino Actress 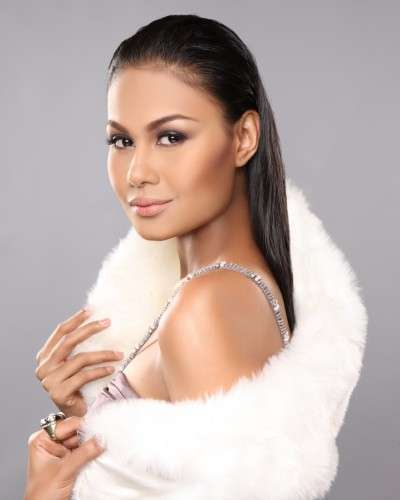 Filipino television personality, Venus Raj made some choices in her personal life that she regrets now and unveiled her love life.

Venus Raj is most famous as a beauty pageant titleholder. She has represented the Philippines in much beauty competition. Venus is also a television personality and host. The Miss Universe has captured the heart of many fans with her beauty and talent.

Before Miss Universe, Venus made multiple guest appearances on numerous networks. In 2011, Venus signed up an exclusive contract with ABS-CBN. In 2013, she left on hosting ‘Umagang Kay Ganda’ due on the reformat of the show.

The TV host, Venus Raj was born on 7 July 1988 in Doha, Qatar as Maria Venus Bayonito Raj to a Filipina mother and an Indian father. Venus belongs to the Muslim religion. She obtained an honors degree in journalism from Bicol University.

The beauty queen is most noted for being and later reinstated as Miss Philippines Universe 2010 due to her contested claim to Filipino citizenship, which she overcame. She placed fourth runner-up finalist in the 59th Miss Universe competition where she popularized her fumbled answer “Major Major.”

In 2017, Raj finished her master's degree in community development from the University of the Philippines Diliman.

The beauty queen is still active in her modeling career. Recently, she reacted to a new batch of candidates for the Binibining Pilipinas 2018. She stated in her statement that lots of candidates are beautiful and she is so excited about the show.

It may be unusual to see a religious person when they hit the fame and gain. But, Venus has sworn loyalty to Jesus Christ and doesn't miss the opportunity to thank him for every single thing she achieves.

Venus even pledged to say a prayer every day on Instagram for six days till her birthday and involve her close ones to steer to the religion as well. Celebrating Through Prayers: Venus posts a picture with her family on the first day of sharing prayers on Instagram on 1 July 2018 (Photo: Venus Raj's Instagram)

Apparently, she thanks Jesus for everything she has in her life, from the materialistic means to the blessings of families and friends.

Venus also makes sure to let everyone know that she has her late father in her heart and believes that he's with Jesus.

In one of her pictures on Instagram, she filled the caption with her belief that whenever Venus is in a pinch, she is put there by Jesus and so she regards the trouble as her mission field to complete.

Venus believes in God to the extent that she confessed to finding solace through her knowing Jesus in the poor financial condition her family went through at a time. She has also sworn to let her family feel a personal relationship with her God.

Is Venus Raj Married Or Dating?

Well, the 2010 Miss Universe Philippines Pageant, Venus Raj has not married yet. But it doesn’t mean that she did not have any love affairs.

The actress was in a relationship with a TV host, Andrei Felix, but their supporter didn’t know of their being together for a long time.

While Venus and Andrei became a couple in November 2011, it wasn't until some months later when they publicly admitted their relationship.

According to the beauty queen, the decision of hiding a relationship based on concern over adverse reactions to their relationship.

Moreover, Andrei has also openly expressed his intentions of getting married to Venus and become her husband as he thought she is the only one. They also had the approval of marrying each other from their families in a few years.

Also, Venus also talked about her boyfriend in an interview with PEP.ph about being more comfortable with each other stating that Andrei is the sweetest boyfriend. She also said that aside from being a boyfriend he is also her close friend.

Here comes the unfortunate turning point. The couple who were planning on getting married broke up just after a year of togetherness.

In an interview with ABS-CBN’s in 2013, the beauty queen Venus expressed that she regrets entering into a relationship with Andrei, saying it caused a rift in her family.

The actress revealed that there was a time when her siblings made her choose between them and Andrei. Realizing that she wanted to return to her family, Venus decided to break up with her boyfriend, ending their one-year long relationship.

After their separation, there were not many talks from Andrei until when he finally broke his silence on a break up with Venus back in November 2013.

Andrei said he was initially confused but respect the reasons Venus had. He said he tried to fight for their relationship back then, but he was not successful. Pregnant or Spoof?: Venus Raj poses for a picture with her colleges as her swollen belly shows (Source: philnews.ph)

Well, it was just a rumor, and she was not pregnant at all. In August 2014, an interview with the PEP. Ph confirmed that Venus was indeed in a relationship with a non-showbiz guy, whom she refused to reveal the identity.

Even if she hasn’t revealed much about her new boyfriend, it seems like she finally found a love her life. Hope we get to hear news of their getting married soon. Her 2018 dating status also remains ambiguous; Venus has not revealed if she is still dating her mysterious boyfriend or not.