Entertainment
by Rakesh Chaudhary Last Updated:  October 08, 2020
American actress Shari Belafonte was married to her college sweetheart Robert (Bob) Harper for more than a decade. The two met during their time at Carnegie Mellon University and were head over heels in love with each other. They tied the knot on May 21, 1977. However, after thirteen years together, including 11 as husband and wife, Shari and Bob parted ways in 1988. But why did the lovers separated? It is quite an interesting story to tell.

American actress Shari Belafonte was married to her college sweetheart Robert (Bob) Harper for more than a decade. The two met during their time at Carnegie Mellon University and were head over heels in love with each other. They tied the knot on May 21, 1977.

However, after thirteen years together, including 11 as husband and wife, Shari and Bob parted ways in 1988. But why did the lovers separated? It is quite an interesting story to tell.

Who is Shari Belafonte?

The New York native is one of the only four cast members to have appeared in every single of the 115 episodes of the hugely popular show.

Shari began her Career As a Model

Shari is the daughter of the Grammy-winning singer Harry Belafonte. Harry is an iconic Jamaican-American pop star and a man so popular; he was dubbed as the King of Calypso.

Born in an entertainment-inclined family, Shari knew she wanted to be in the show business from a young age. Initially starting as a model, she worked with CoverGirl and appeared in numerous commercials, including Calvin Klein jeans’ promotion.

She later transitioned to acting after landing her first role in ABC Weekend Specials titled The Big Hex of Little Lulu in 1979.

Following her first acting job, she made quite a few appearances in TV series and movies. Some of the productions that she worked on during those days were The Misadventure of Sheriff Lobo (1981), Hart to Hart (1981), If You Could See What I Hear (1982), and Time Walker (1982).

However, it was in 1983 that her acting career really took off. Cast as Julie Gillette on Hotel; she got the opportunity to work alongside Anne Baxter, James Brolin, Nathan Cook, and Connie Sellecca.

Shari, who has been credited in over 45 projects as an actress, also gave her voice to Lupe the Wolf in Sonic The Hedgehog (1994). In addition to her acting credentials, she also directed the 2019 TV series, Chix On The Links.

Shari Belafonte has been Persuing her love for Photography

Although Belafonte hasn’t dimmed her acting flame, she has grown closer to her high school photography hobby post-1989. She revealed to Dailynews in 2008 that she was then a photographer and camera operations. She then commented in the interview that her looks of a photographer surprised some people.

In essence, the interview report reported about her love for photography and technical experience related to it—the latter of which Belafonte gained after receiving a degree in drama (production major) at Carnegie Mellon.

After graduation, she pursued a career as a production assistant and assistant director on East Coast. After that, she headed to Los Angelos to work for a publicist.

Shari first met her current husband, actor Sam Behrens, while reading a script for their movie Murder by Numbers. The director Paul Reader requested that Belafonte practiced the script with Behrens—who was the movie’s main lead.

At first, Belafonte declined the offer. But after she met Behrens, she said, ‘We start Monday?’ After that, the relationship between the two eventually transitioned from being first colleagues to that of lovers.

Then, Shari was still married to Bob when she met Sam, and Hollywood tabloids wasted zero time pumping out headlines like “Belafonte dumps husband for a co-star.”

However, in a 1990’s interview with People, Shari shared that she and Bob were already having problems in their marriage before Sam came into the picture. In the interview, she revealed that Behrens consulted her to discuss their affair to her husband instead of living with guilt and pain.

According to Belafonte, when she finally suggested to her husband that she maintain her romance with Sam and her marriage with Bob, he wanted her to break up with Behrens. But, the actress chose the other way. She realized that “segment of my life had come to a completion.”

Bob and I were on the outs, and Sam expedited it,” counters Shari. “It took me 30 years to come to the realization that I’m not on Earth for somebody else. Sam was the first thing that came into my life that I said, ‘Forget what everybody else says—I want that, and I’m gonna have it.’

So, in July 1988, the couple legally and officially separated. 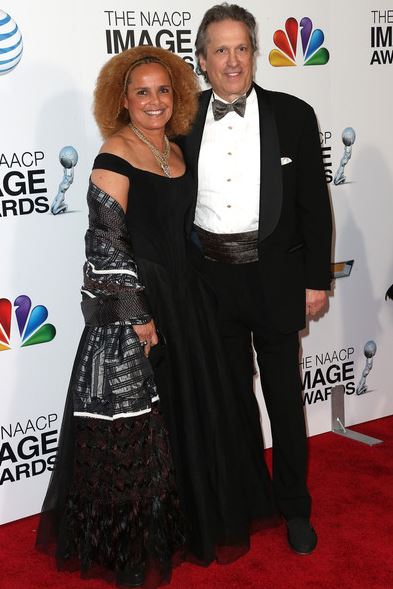 The Murder by Numbers co-stars then took their relationship with Behrens to the next level and got married on 31 December 1989 on Barbados’ island. The two have been together ever since.

Sam Behrens is an American actor best known for his role as Jake Meyer in the ABC daytime soap opera General Hospital (1983-1988). The six-foot-tall actor has had integral roles in some acting projects, including Ryan’s Hope, General Hospital, Sunset Beach, The Young and the Restless,  Knots Landing, and movie Alive.

Born as Stanley Birnbaum on July 24, 1950, in Brooklyn, New York, Sam’s marriage to Shari was his second one. Before finding love with Shari, he was married to actress Dale Kristien.

Is Drake Back to Dating His First Girlfriend Keshia Chanté?

Bella Hadid’s Ethnicity Is Not The One You Were Expecting

Madison Beer’s Detailed Dating History — Who Is Her Current Boyfriend?