Celebs
by Isha Last Updated:  March 31, 2021
Born and raised in Africa, Zambia, Anya Taylor-Joy is of Spanish and English descent.

Anya Taylor-Joy took the cinema world by storm with her stellar performance in The Queen's Gambit —  she bagged the title of Best Actress in a Limited Series, Anthology Series, or a Motion Picture Made for Television for her role in the series during the 78th Golden Globes.

Taylor-Joy is known for her exceptional acting prowess and beauty, but one thing most fans might not know is that her ancestry can be traced back to Spain.

In a 2017 interview with Marie Claire, Taylor-Joy talked about her childhood and her parents. 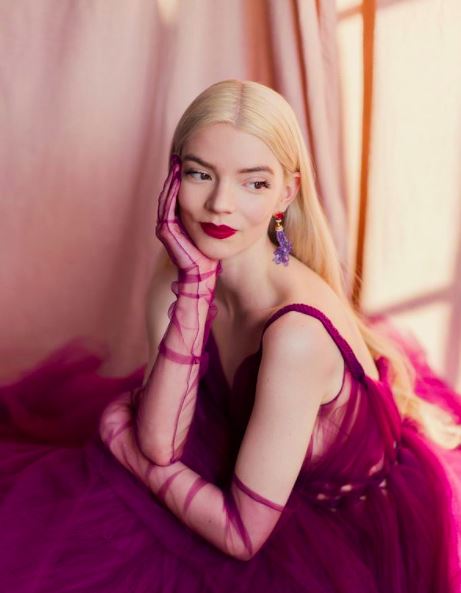 The actress revealed her father, Dennis Taylor, is Scottish-Argentine and her mother is African-Spanish. She was born in Miami, but they moved to Argentina where most of her family still lives and stayed there till she was six.

Taylor-Joy's family moved to London, and all she wanted was to go back to Argentina. She was so adamant about it that she refused to learn to speak English until she was eight.

The move was hard for Taylor-Joy to adjust to. Coming from a place with rich flora and fauna, moving to the city area made her heart cry in desperation to go back.

She missed Argentina, especially the warmth. In an interview with Remezcla, she reminisced about her time there, revealing the things she missed the most were nature and animals.

Back then, the political situation in Argentina was getting worse, and the dire situation led her parents to move out. They wanted their kids to grow up in a safe environment without fear.

Back then, Taylor-Joy hated her parents for moving, but now she couldn’t be more thankful.

We all really resented them for it and now we look back, we’re like thank you so much because they gave us such an opportunity in life.

Breaking Barriers as a Latina Actress

Many people didn’t know the VVitch star was a Latina, and when people found out, they were thrilled.

Taylor-Joy appreciates the Latino culture. While talking to Remezcla on what makes it different, the actress said it was the warmth.

Taylor-Joy confessed she has come to realize people in America don’t hug when they meet each other — something that was very normal in Argentina.

She revealed when she met an American and hugged them and kissed them on the cheek, they just stiffened up. But that didn't damped her spirits. The actress said she hugs every person she meets on the set. Her culture taught her to spread warmth like that.

In an interview with the Golden Globes in 2020, Taylor-Joy confessed she wanted to start her career in Spanish as well. The actress wanted to work with Guillermo Del Toro because they have common interests.

Taylor-Joy added she was waiting for the right project since it had to be something special.