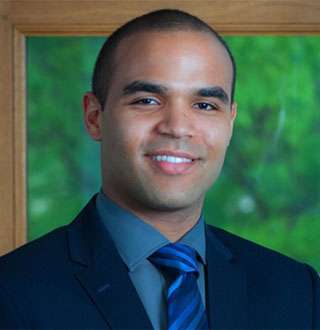 Being born into a family of an ill-famed father and coming from a wealthy background, Justin Ryan Simpson already had a reputation in the industry as OJ Simpson’s son. But he didn’t let his father’s notorious actions define his life and now has been successful to build a recognition of his own boasting a huge net worth accumulated all by himself.

Justin Ryan Simpson, aged 30 is a real estate businessman, a property manager and a celebrated business person who is the founder of Coldwell Banker Homes.

Shopping: O.J. Simpson Son Justin Ryan Simpson out shopping while being captured by the paparazzi (Published on 20 July 2017)

However, his main bio comes as the son of an American football running back, broadcaster, actor and advertising spokesman, Orenthal James Simpson.

Here are some thrilling wikis about Justin including his upbringing by grandparents after his father was charged with murder to significant net worth from real estate business.

Justin was born on 6 August 1988 to parents O. J. Simpson and  Nicole Brown Simpson in California, United States. His father was a former National Football League(NFL) running back, and one of the most famous black faces in the states in the 80s and 90s. His mother Nicole was an actress and model. The Simpsons: Justin along with his parents and a sister attends the Naked Gun 33 1/3 Premiere at Hollywood, California in March 1994. (Photo: Eonline.com)

O.J. and Nicole were one of the most celebrated couples in that time and an accurate definition of a mixed-race power couple.

Justin and Sydney were raised by their maternal grandparents as their mother was murdered when they were kids, and their father was charged with the murder.

2.  Justin Ryan Simpson’s Father, OJ Was Accused Of Murdering His Mother And Her Friend

After two years of his parents' divorce, his mother, Nicole was murdered along with her restaurant waiter friend Ron Goldman at her home in Brentwood, Los Angeles, on 13 June 1994.

His father, O.J. was believed to be involved in both murders and was charged against it. After a publicized and controversial criminal trial, O.J. was acquitted in 1995. However, O.J. was found guilty in a civil suit case in 1997 and was ordered to pay $33.5 million to the Brown and Goldman families as compensation.

Similarly, in 2008, he was found guilty of kidnapping, armed robbery, and other charges and was jailed for 33 years but he became eligible for parole and was released in 2017.

In March 2018, the Fox News was set to air the 2006 interview of O.J. Simpson confessing the murder. The show, O.J. Simpson: The Lost Confession? Would feature discussions between book publisher Judith Regan and Simpson's lawyer, which was filmed in 2006.

However, Fox canceled the show after it was reported that O.J. received a $3.5 million paycheck for the sit-down.

3. Justin Ryan Simpsons’ Made His Career In Real Estate Business

Son of the notoriously famous O.J Simpson, Justin doesn’t live on his father’s wealth but in fact, has been able to establish his own recognition and wealth in the real estate market.

JR Simpson graduated from Florida State University in 2010. After graduation, he submerged himself into the real estate business and started his career in 2014 by serving as a Real Estate Sales Professional at Muffley & Associates Real Estate.

In 2015 he started working as the Real Estate Sales for Coldwell Banker Residential Real Estate where he 'dominated customer service' because of his excellent communication and negotiation skills, which gives his clients the competitive edge. From 2018 he has been working as a real estate sales for DHM real estate group.

After marking his success in the real estate market and industry he also went on to launch his own real estate company Bolder Property Management in 2018. He is currently serving as the founder of the company.

Enjoying his career in the Sunshine State, he lives a low-key life and seldom appears in public.

Despite being the kids of the prominent personality, Justin and his sister have always chosen to stay away from the spotlight. Their parent's fame has in no part played any role in their lifestyle. They seem to enjoy living their own lives away from the constant pressure of the limelight. They were, however, spotted at the funeral of their grandfather, Louis Brown Jr. in 2014.

The most recent public spotting of Justin was with his 32 years old sister, Sydney at the wedding of their cousin, Sean in February 2016.

The siblings were pictured while sitting in the front row during the ceremony, which was held in Newport Beach, California.

Through his business alone, Justin Ryan Simpson has made a name for himself as one of the most prominent businessmen today. His incredible working methods have earned him fame and no doubt fortune. Justin has accumulated the remarkable amount of fortune from his real estate business, and according to CelebrityNetworth, he boasts a huge net worth of $3 million. However, the figure needs to be verified. He also owns a three-bedroom property on his books at the moment, whose market value reaches $226,000.

Talking about his sister, Sydney is also in real estate business and is the owner of the company that provides food and drinks at a social event or gathering. She has a current net worth of $10 thousand.

With the brother-sister duo slowly making their way up and having launched their own company in 2018, his net worth is sure to have received a huge boost and it seems it will keep on growing in the coming days.